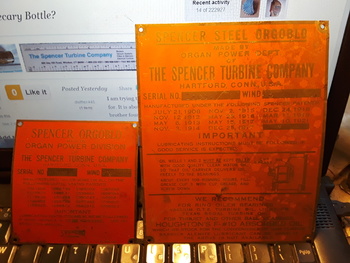 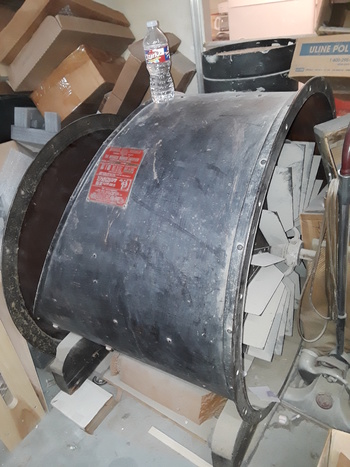 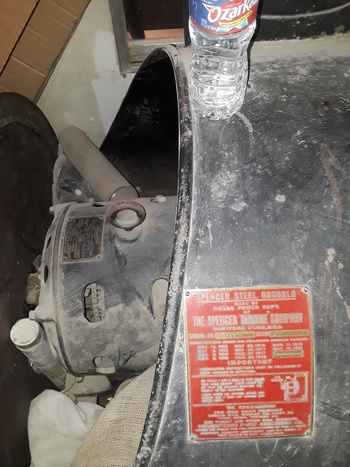 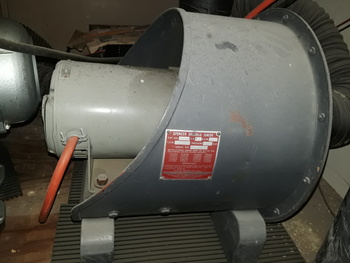 This showing prompted quite by accidental diversion, from CW member dsither445 seeking info and sharing pics about an old apothecary bottle. I don't know the slightest thing about the bottle, but noticed the advertising ruler also pictured with it -- THAT seemed to be a company name I am familiar with. Asked the question via comment and dsither445 kindly replied and added a couple more photos showing the ruler itself -- turns out I was correct in my guess?!! :-)

SO, here's some examples of my own personal experience with the now more obscure* products of the Spencer Turbine Company. Few people have seen these machines, even fewer have witnessed them running, most that have seen them likely didn't know what the heck they were or what they did. While I can't now find reference on their website above to show it, the very same Spencer Company was very well known for building 'industry standard' blower machinery to generate the air power needed to operate pipe organs -- in the earliest years of the company and into the mid 20th century organ blowers were a primary product line, with the machines (of various shapes and sizes) finding their way into the basements and attics of churches, theatres, and auditoriums from coast to coast in the USA and beyond. MANY, MANY of those machines remain in active duty to this day, up to and including some of the very oldest that are truly "antique" now unto themselves. Most of that earliest production data is also now known, via original factory records rescued (by pipe organ fans, no pun intended there) from oblivion during an office/factory relocation in the 1950's or so.

BUT ANYWAYS, here's a few examples of things that came from Hartford... ;-)

Pic 1 is a pair of nameplates in my personal collection from machines that have now passed into history...sadly they can't all be saved. The larger SPENCER STEEL ORGOBLO plate was machine #19666, the smaller SPENCER ORGOBLO plate was #25694. (I have one or two more of these plates around here someplace too, but not handy) Pics 2 & 3 are (mid sized, about 4' tall) ORGOBLO machine #22817 now sitting unused with its front end off, one of the inner rotary 'fans' can thus be seen in #3 and its very heavy 1150RPM CENTURY ELECTRIC motor shows in #2. Pic 4 is a SPENCER ORGOBLO JUNIOR (about 18" tall) #5699, currently remaining in service. These smallest Orgoblos often served ancillary duty either for a little extra pressure, or running in reverse to generate a certain amount of vacuum instead. The largest Orgoblos can easily be double + the size of the big one here.

Another perhaps obscure* duty for similar SPENCER machines (over time) is indeed to provide vacuum instead of pressure, for centralized vacuum cleaner installations in large buildings, opulent homes, and even carwashes. I'd imagine machines for these duties didn't include the Orgoblo name, but the engineering that went into them isn't all that different and the outer look is unmistakable...?

Oh, and the scales on the back of dsither445's rule indicate various measures of air pressure such as would be encountered in modern day HVAC systems, as well as industrial applications and -- you guessed it -- pipe organs. As far as I know as of this writing, one could still contact Spencer and order a brand new Orgoblo to be built, but I also wouldn't be surprised if the first one or two people answering a phone wouldn't have any idea what you were asking about...??

[* = see how I nearly worked my own screen name into this description, twice? <lol>]