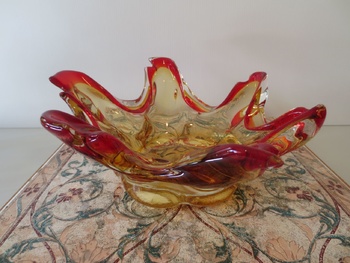 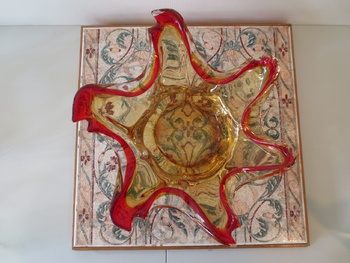 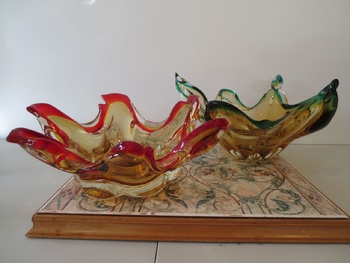 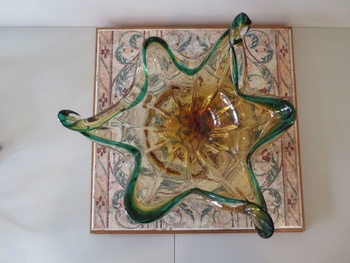 What I like about "Collectors Weekly" is the information other people give on your posts (thanks everyone) and also what can be learned looking at others posts. Just after I saved my last post a couple of small pickys popped up, one from Antiquerose from 7 years ago. In it she showed a bowl she had brought with a small sticker which had been damaged by having masking tape stuck over it that she managed to recover showing "made in japan" which was very interesting as I have a bowl the same but in different colours! Mine has no sticker and I thought it probably was mid century Japanese but had no proof. There is a lot of it here in NZ, Murano is a bit scarcer. I'm not an expert on glass but it always amuses me that a lot of people on eBay (worldwide) or Trade Me (in NZ) seem to think "coloured art glass must be Murano!!" Even I can see a lot of it certainly isn't. As well as the red/yelllow bowl which is the same as Antiquerose's I have a green/yellow one that has had a different twist to the ends that look like they would have come from the same place. They have similar dimensions but the largest is 260mm wide and 140mm high.