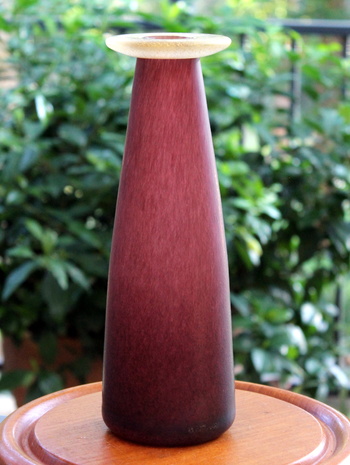 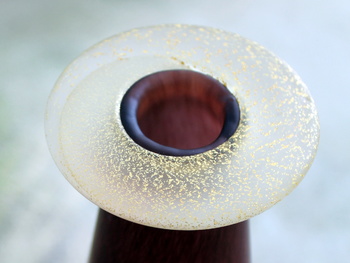 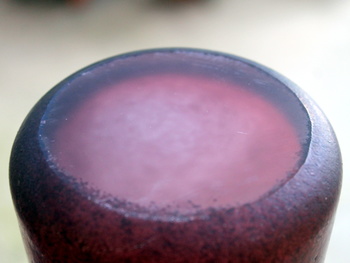 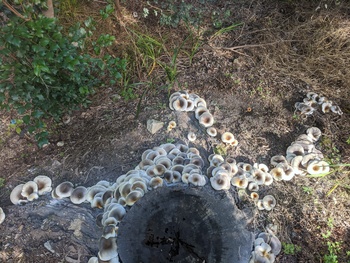 Japanese glass artists have always been influenced by the art of pottery and the surface finish of this vase by Itoko Iwata is very pottery like.
The berry colour base glass has had a very fine surface applied that is a mix of a darker maroon, and possibly some black so there is a visual and physical texture to the vase. The cloudy rim with applied gold pulls the eye up the vase. It's slight unevenness used to worry me but I now accept it as a personal record of the artist's work. The vase has been sand blasted for a matte finish which adds to it's surface feel and look.
The vase is around 27cm tall and is unsigned, typical of most Iwata pieces. Itoko Iwata continued exhibiting new glass until her death in 2008 and by the box I believe this piece to date to around 1990.

I've also included a photo of some fungi growing in the bush near my house. It's so cool how it grows not just on the stump but also follows the root lines.