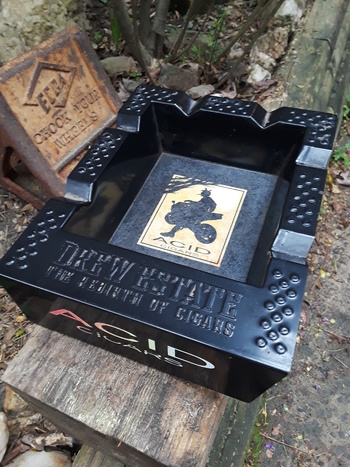 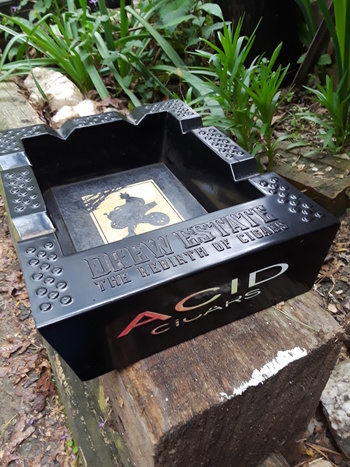 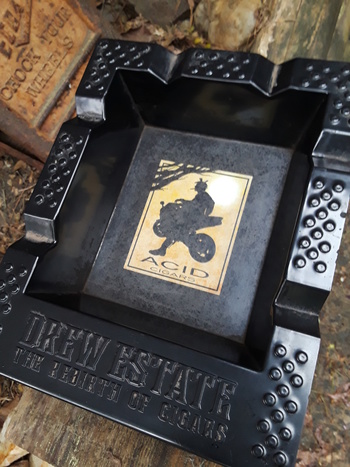 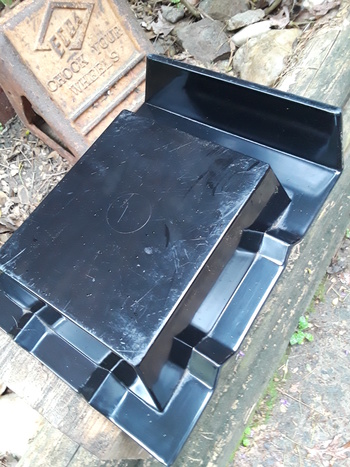 Thanks once more (former neighbor) Doug for this one, another item from the pile left behind after moving. I love my neighbors, especially when they leave?!! <lolol>

This is a rather large ashtray advertising ACID CIGARS. I don't know much of anything about them but it seems a currently available brand, at least there are lots of related hits on Google I didn't look at closely. Cigar sized for sure, it measures roughly 8" x 10" across the top and over 2" deep, with 6 cigar rests.

The ACID CIGARS name appears in multicolor on its front, a silhouette logo with subtle marblish coloration covers the inside of its bowl. Texturing around its rim includes wording "DREW ESTATE THE REBIRTH OF CIGARS". I believe it is made of bakelite, or another modern variety of such.

This one nearly got missed in the pile...it seems Doug et. al. used it somewhere outside -- thus it was still sorta half full of waterlogged/dried out/stuck on leaves and butts and grunge such that I'd actually tossed it aside once or twice until realizing what it really was. Only after scraping most of that out then soaking in hot water did the whole silhouette appear. Still needs a little further scrubbing but it's much better than it was...??