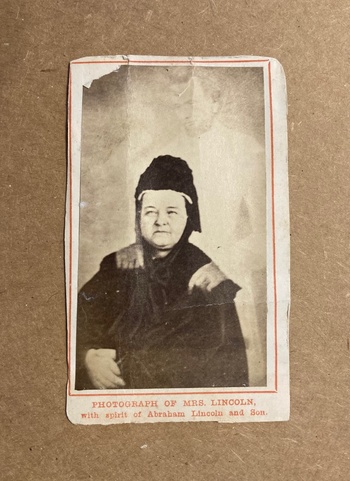 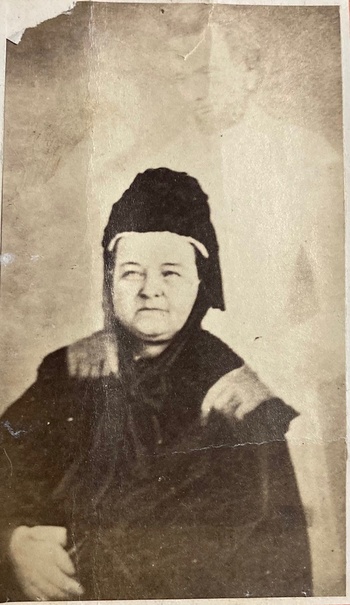 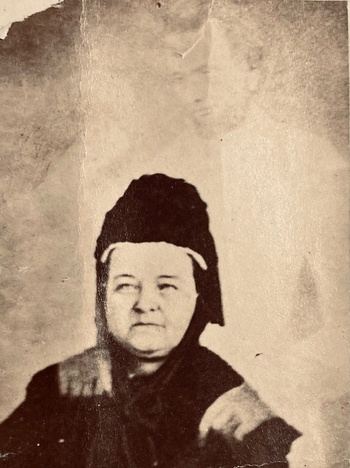 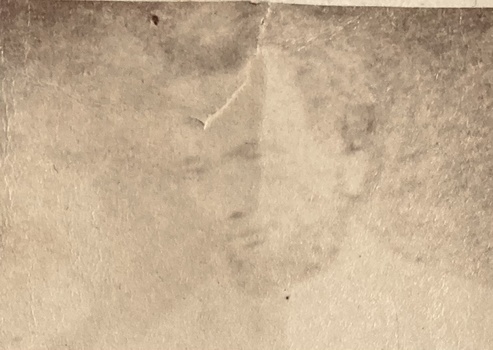 This is an early 1870s image that was taken by William Mumler.

Mumler was a "Spirit Photographer" and preyed upon people grieving over the loss of a loved one. He claimed that he could capture a departed loved one's spirit in a photograph.

This is Mumler's most famous image. Owing to Lincoln's popularity it was reproduced and sold in quantity, but it is hard to find copies.

Many in this era believed that Mumler was able to somehow capture the spirit on a photograph. The process is actually a double exposure trick-- the same process used by legitimate photographers to capture "twin" images.

Mary Todd Lincoln suffered greatly after the death of her husband and sons. In fact, she was institutionalized for some time in the mid 1870s due to her erratic behavior and attempted suicide.

This image is a carte de visite and is in poor condition, being cut down and having creases/ losses. It is a hard enough view to find, that the scarcity of the card makes up for the condition.

This particular cdv also notes that the view includes the "Spirit of Abraham Lincoln and Son." I have not seen the notation of "Son" before and don't know where he is supposed to be in the image.

My cdv and my photographs of it. Not for copying or reproduction without permission.