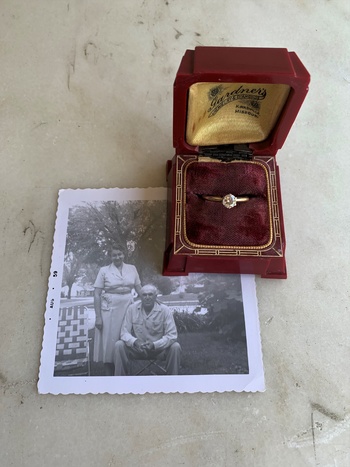 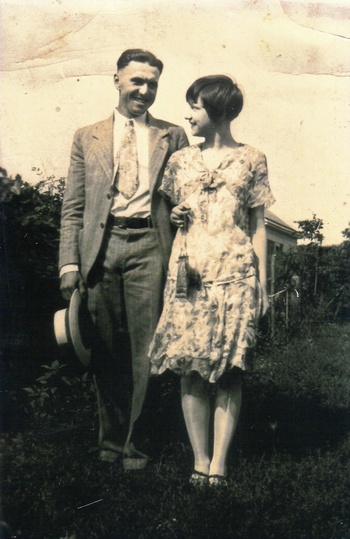 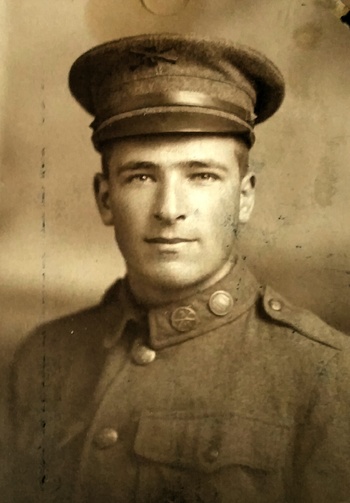 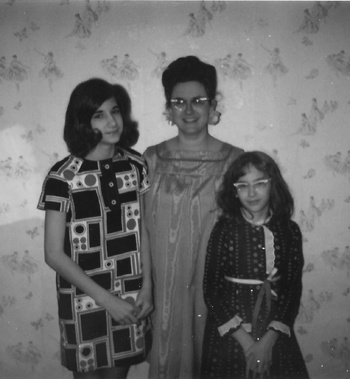 My mother passed away 2 weeks ago. I was surprised that her sister and my siblings agreed I should have the family diamond ring.

I've posted about it before: https://www.collectorsweekly.com/stories/275538-wwi-story-of-loss-and-gift-to-his-sister

Pic 1: Ring in a 1930's bakelite box and pictures of my grandparents Marian and Clayton in 1959 two months before I was born.
Pic 2: Their engagement photo 1929. Marian lost her original ring while in Nursing school so her parents used the insurance money (death benefit) from Marian's brother who died in France, 1918. Marian and Clayton were engaged 3 years, saved $300 and lost that when banks failed during Depression, but they got married in 1932. She had her Nursing degree and would work in that field for the rest of her life.
Pic 3: Private Norbert Wilson, beloved son 18 years old, died in France of the Spanish Flu, never saw combat.
Pic 4: A random photo - my oldest sister, Mom, me - 1968. This week I have been with family going through mountains of old photos. I don't remember this one and I am kind of in love with it. My mother had a great life. This past week we laughed a lot.