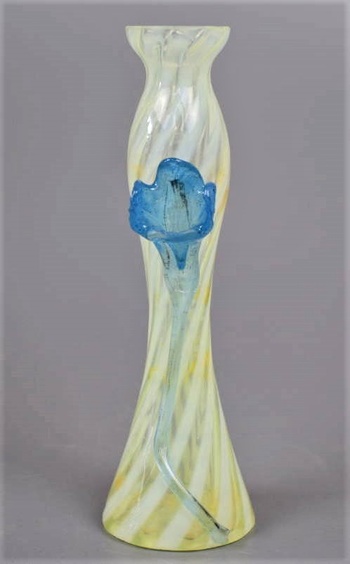 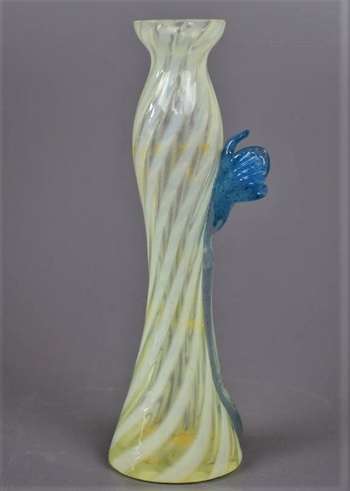 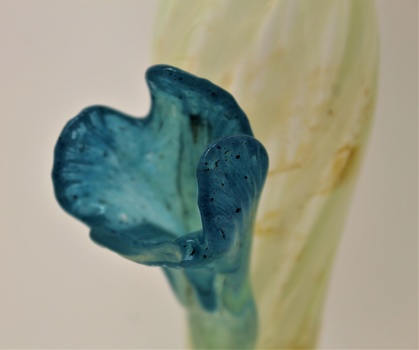 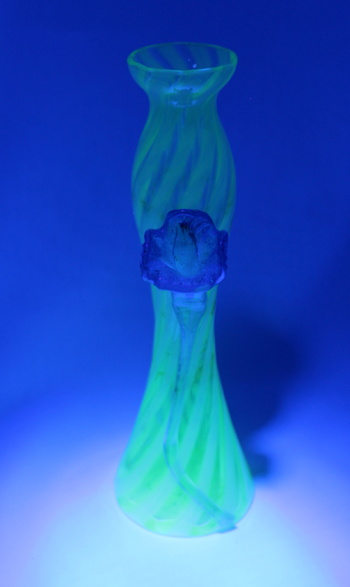 This is my oldest hand made Japanese glass vase and has been dated to the late Meiji (1868-1912) early Taisho era (1912-1926).
Made from high uranium-content clear glass it has twisted white stripes through the body. The lip has been cold cut and the pontil scar remains on the base.
A blue flower and stem have been added to one side.
There is no doubt this style has been influenced by Victorian and Czech glass of that era but the execution is nowhere near as refined. There are some bubbles and ash in the glass and the clear base has a variation of thickness. There appears to be some rust stains inside that I haven't been able to remove.
A relatively rare piece and I was very happy to acquire it.
Height 20cm