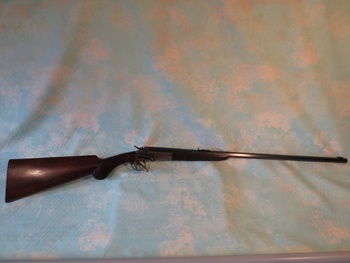 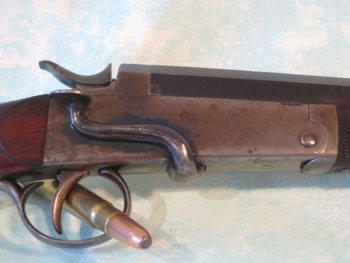 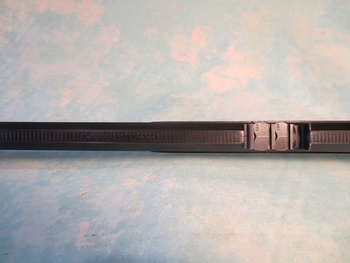 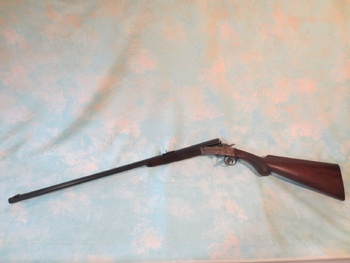 Seeing Dave's new Marlin had me thinking I hadn't got this old girl out for a while, just as well due to the wear on the colour case hardening on the action and trigger guard the latter had a little bit of the special gold finish. Now sorted with a quick wipe of the "Youngs 303" oil. These old beasts are called Rook Rifles and where the old Victorian version of a 22 for getting rid of vermin around the house, this was of course for those with a couple of acres. It's in 297/250 an obsolete black powder cartridge, I had some made up for me by a specialist using Hornet cases but they are far too hot and shoot high. Never mind just like making it go bang occasionally, the local magpies are safe. It has Army & Navy CSL London on the top flat of the barrel and a set of Express sight marked 50/100/150. The Army and Navy Co-Operative Society Ltd was formed in 1871 by a group of British army and navy officers. It was their intention to supply articles of domestic consumption and general use to its members at the lowest rates. The first store opened on 15 February 1872 at Victoria Street, London. At the end of 1873 a gun department was established. They were not gun makers as such.