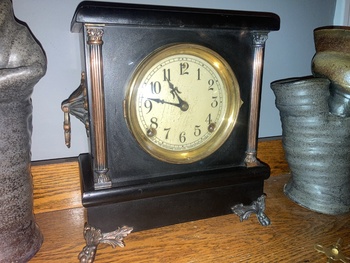 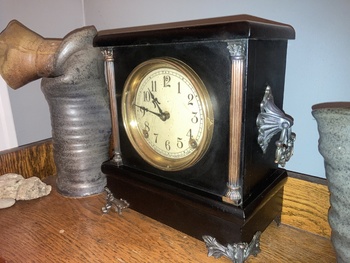 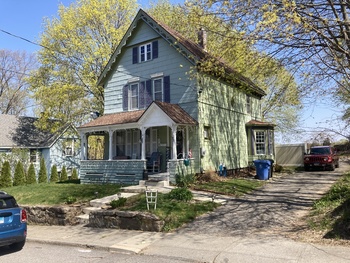 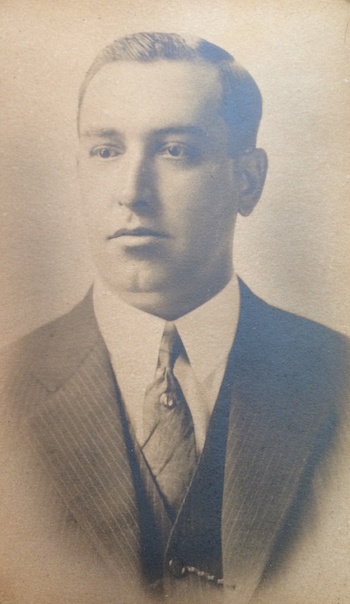 I posted this clock about two years ago. For those of you who don't know, I attend a Theatrical Arts school, and one of my classes is on the subject of Art History. For my final project, I had to take an old family heirloom and figure out the complete history of the item, (or at least find as much information as I could). Before this project, all I knew about the clock was that it had been handed down in my step mothers family for years. I didn't even know how old it was. After talking to my step mothers-mother, and asking her about the clock, I managed to pick up the entire history. The person you see above is Alfred Lillibridge. My step mothers great grandfather. He was born in 1884, and died in 1965. He was a cadillac dealer who resided in Norwich Connecticut from birth to death, and through most of those years lived in the house pictured above. Alfred owned a lot of interesting items and was very mechanicaly inclined. On top of this Sessions mantle clock, he owned a lot of other clocks, too, most of which were converted car clocks which he put together himself. After his death in 1965, his wife Etta Lillibridge lived in the house until her death in 1973. In 1974, a year after her death, the old family house was sold, and the stuff was cleared out. My step mothers - mother (my step grandmother) took all of the clocks, including many other items such as old oil, and electric converted antique lamps (which I will be posting soon) and an old baristers bookcase which you can see in the backround of the clock. My step grandmother, Bonnie craig had the clocks on display, and my step mother grew up with the sounds of ticking and tocking thoughout most of her childhood. But then, in 1982, there was a robbery. All but one of the clocks was stolen. This one, had survived because it had been placed on the floor behind a flower pot, due to it not working, thr robbers never saw it, and now, it is the only surviving clock that Alfred Lillibridge owned (as the stolen clocks were never recovered). Bonnie craig gave the clock to my step mother, Suzie Craig, in 2008, and for about 20 years or so, it fell silent. It was only in 2019 that the clock was repaired and is now ticking and keeping time perfectly once again. I hope you enjoyed this little historical research project. More posts to come soon!