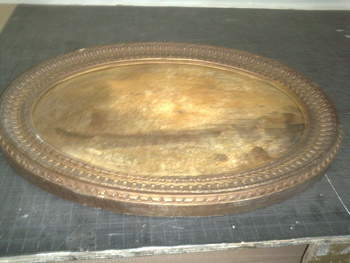 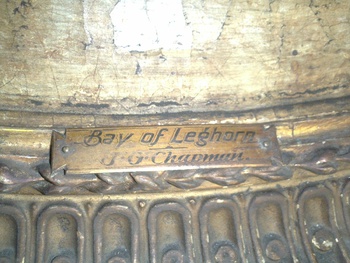 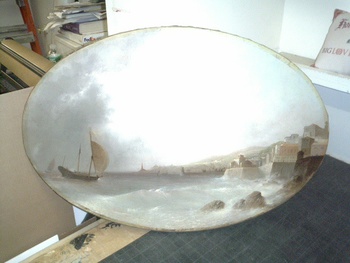 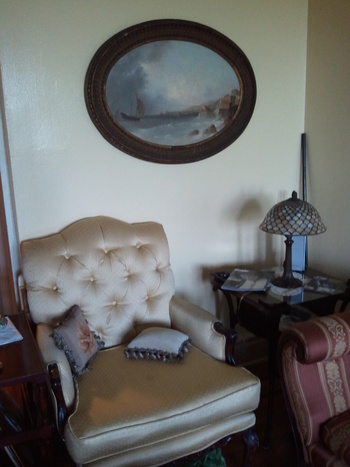 John Chapman was born in 1808 in Alexandria, Virginia. Chapman began his study of art in Philadelphia for two years, then departed for Europe where he eventually spent time in Italy. In 1831, Chapman returned to his hometown of Alexandria, and exhibited his artwork in the nearest metropolitan areas, such as Washington, D.C., Richmond, and Philadelphia. He specialized in landscapes and portraits.

By 1834, Chapman had moved to New York City and become a member of the National Academy of Design, and found work as an illustrator. In New York, Chapman embarked on a series of historic paintings, such as Landing at Jamestown and the 'Crowning of Powhatan. The success of these paintings helped Chapman land a commission from the United States Congress in February 1837 to paint a historical scene for the rotunda of the Capitol building. For this work, Chapman received a total payment of $10,000. On November 30th, 1840, The Baptism of Pocahontas was formally unveiled in the Capitol rotunda.
Prior to 1861, because of Civil War politics, Chapman relocated to Europe and was know to travel back and for between France and Italy. More specific he frequented Leghorn, an Italian coastal city of Livornoi ( named by the English) . It's not far from Pisa and was a free trade port since the time of the Medici. Today many Americans may know it because of Camp Darby nearby, a stategic base and a popular vacation destination for military personnel on leave.

The painting I present to you today is indeed an original, as formally authenicated while in attendance PBS,s Antique Roadshow held in Hartford Conn. It was acquired about eight years ago while pondering during my favorite past time in goodwill and or secondhand stores. From the corner of my eyes I saw an oval frame. The frame was unusual in that it was ornate and very dirty. A closer look revealed a canvass that was of a filthy brown color painting that could not be seen. Nevertheless, the painting wore brass metal plate " J G Chapman - Bay of Leghorn" as well as a paper label attached to the back no. 78 AMERICAN ART UNION, 801 Washington, Distribution Decorations 1831.
Further investigations reveals that the American Art Union operated as a gallery/lottery until it was closed down by the government for gambling. Before that it purchased and sold thousands of paintings and helping many American artist. Major works were engraved and put into the auction while other paintings such as this one were put into lottery where individuals could buy shares. According to it's provenance the painting was sold to a Mr. Yoeman for $75. in1851. In 1852 the painting was listed as No. 165 Bay of Leghorn Oval 28x19. Under the advise of a professional, the painting was restored in 2008.