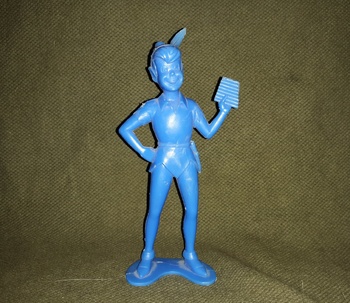 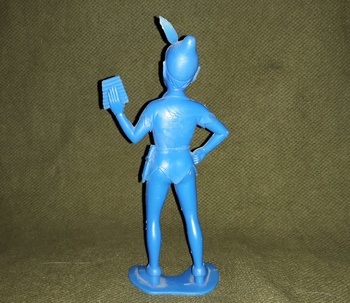 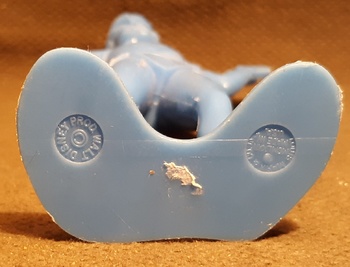 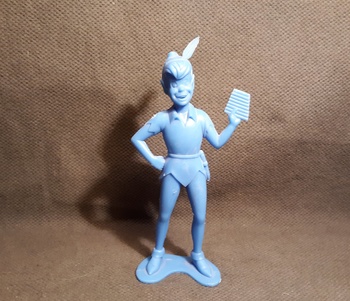 This was released in 1972 for the opening of Disneyworld even though it opened in 1971. There was a series of 12 figures in various colors. I think Peter Pan was always blue. All the other Marx 6 inch figures were released in the early 1960s. I think these were the only ones released in the 1970s. This one still has the quality and animation of the earlier figures. Animation being the suggestion of movement.
I think everyone knows all about Peter Pan. He and Pinocchio were two of the edgier Disney leading characters especially in the original books. I see he has a pan flute which would be appropriate. He must have been highly skilled to take on Captain Hook in a swordfight with just a knife. At least he found his shadow in the last photo.