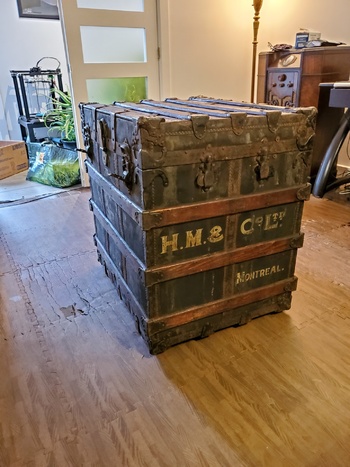 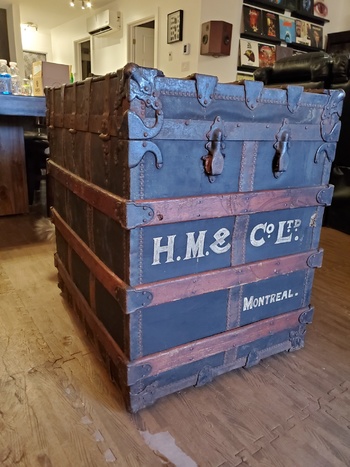 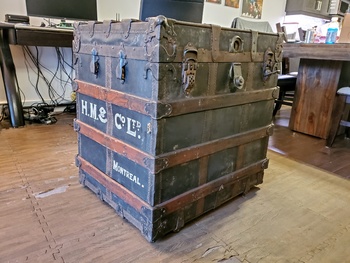 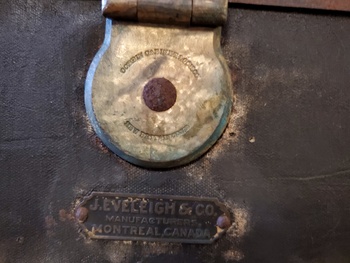 Got this one last night and I'm a bit intrigued. It's 31 inches tall and almost as wide which I found to be rather unusual. Pictures are atrocious but the previous owner cleaned it without restoring it which is great. The fabric is damaged but not rotten away for the most part (top fabric has been removed). There were obvious straps inside as well that have been removed. It's seen some action but what's left is very solid, doesn't smell. H.M Co. LTD (Henry Morgan) was one of the oldest Canadian retail store (started in 1843 and was acquired by HBC in 1960 I believe) and for some reasons I'm thinking this wasn't a trunk they were selling but one they were using for the store itself ? I could be wrong and that's where I'd like to here from the resident experts. While I intend to mostly leave it as-is, would there be any way to clean the black fabric to give it back some of it's earlier days glory or I risk damaging it further ?