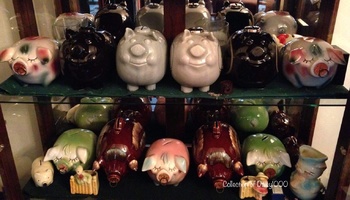 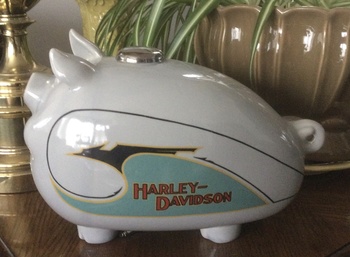 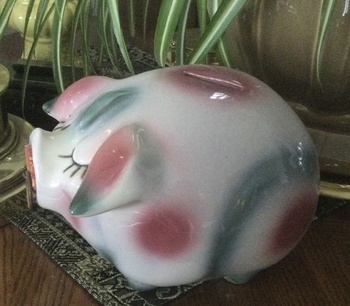 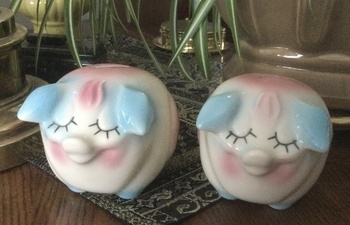 Hull Pottery — Among those who were there for the big fire, one of the most vivid images is of the pigs floating down the river, exploding. These are Hull Corkys and other of the company’s ceramic pigs — all made before the big fire that truly signalled that their glad and salad time, their supremacy, was coming to an end for the white clay pottery in Crooksville, Ohio.

There are large, very early pigs ... and, also, sitting and standing pigs in the House and Garden Line, in addition to those I have shown here. I may do a post later about the large old pigs — which are approaching antique status.