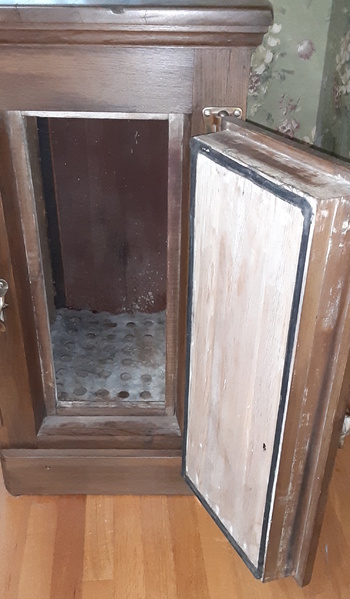 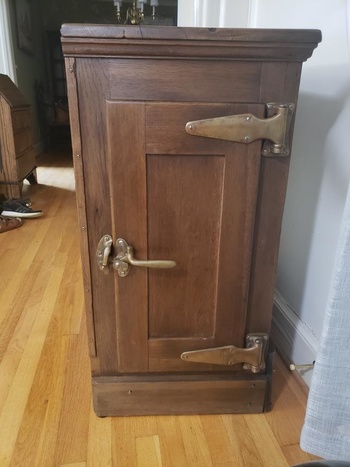 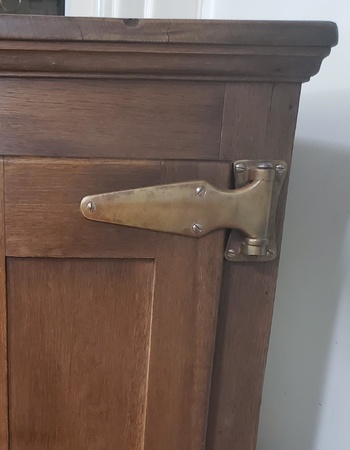 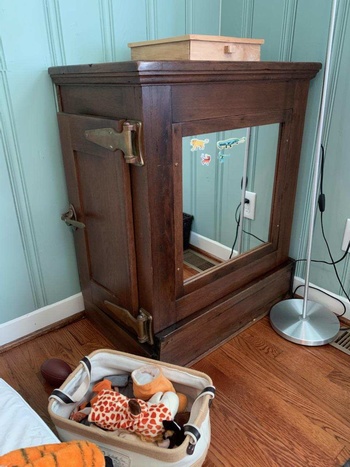 Found this in a shed. I've looked through several icebox photos online but I cant find any with a single door. The hardware is marked 1971 but the cabinet seems to be much older. Any help would be appreciated