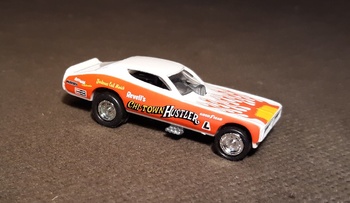 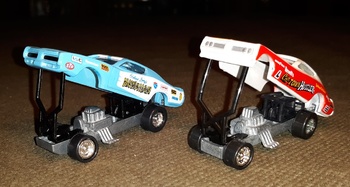 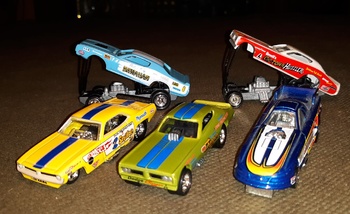 This was going to be 2 for 1 but it will be 2for 2. Just some notes here. Pat Minick was the driver of the Chi-Town Hustler for four years and 1971 was the last year. The owners were John Farkonas and Austin Coil.
The car is based on a 1972 Dodge Charger but the body is a fiberglass shell. Funny cars became the most popular (at least got all the press) in the early 1970s. I think it was because they had a car body of sort and were a bit more visual. The rails were faster but were a long thin chassis with an engine. I was partial to the rails myself but funny cars were good too.
As you can see the Hawaiian is here too so on with the Hawaiian.