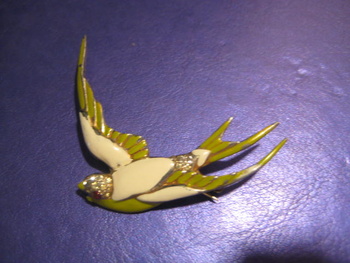 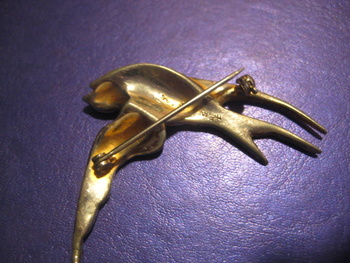 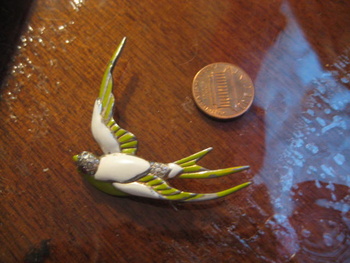 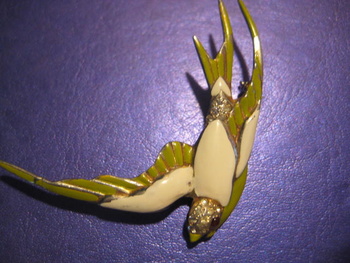 The company founded by the jewelry designer Solomon Finkelstein in 1932 began its work in New York City. Initially, a small but promising brand manufactured rhinestone jewelry for wholesale distribution, and therefore did not advertise it. However, seven years later, in 1939 Finkelstein decided to manufacture jewelry for the retail trade. Accordingly, they changed the name of the company to Deja Costume Jewelry, Inc. Also, they used such trademarks as Deja, Deja Reg., Deja Original, and Deja Fleurs.

***UPDATE TO THE INFO***
In 1939, he changed the name of the company to Déja Costume Jewelry, Inc., and started to manufacture jewelry for the retail trade. The following year, DuJay, Inc. sued Déja for trademark infringement because its name was too similar to DuJay. Consequently, Déja became Réja in 1941, mainly because the new name could easily be stamped over the Déja mark on items already manufactured with it.
**the above was taken from (https://www.trufauxjewels.com/jewelry-makers-o-r/)****

Meanwhile, in January 1941, due to the decision of Supreme Court of New York the creators of the jewelry brand had to change the name to Reja. And on the 17th January 1941 Finkelstein announced that he was the only the owner of Reja, and its main designer.
All jewelry pieces were made mostly by hand, in small batches, and only for sale at retail. Therefore, so little jewelry of the brand have survived. In the production jewelers actively used rhinestone to simulate diamonds, moonstones and crystals of very high quality. One of the most popular considered series of enamel berries and birds made both in silver, and on the basis of jewelry alloys. Unfortunately, a short, but colorful history of Reja brand ended 4th December 1953 (bankruptcy), leaving us to remember Reja costume jewellery masterpieces. (https://nasvete.com/reja-costume-jewellery/)