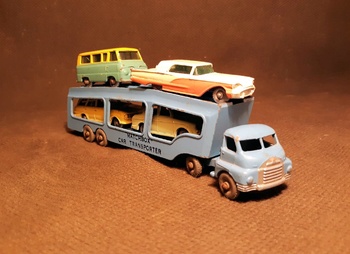 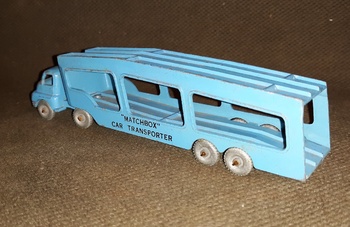 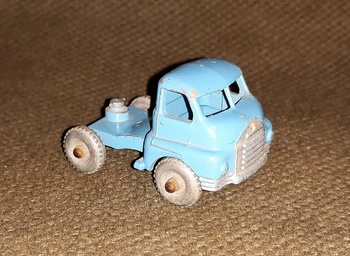 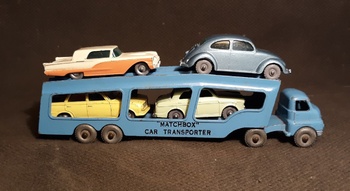 This is not an exactly a typical Matchbox model as it is part of the Accessory Pack series which mostly consisted of gas pumps, small buildings and road signs. This is different from the typical cars as it has no base. It is like a Tootsietoy, the cab at least. Speaking of the cab it detaches from the trailer for a bit of extra play value. Also it is based on the Bedford Type S tractor. Plenty of play value with this set as it is a car carrier. You can load and unload the cars and push around the transporter while making truck noises. And car noises when loading and unloading the cars. This one is much simpler than the later Matchbox car transporter as the top doesn't lower and there is no ramp.
This model was first released in 1957 and sold through 1962. In 1962 the paint was changed to red and grey.
Now does it look better with the Volkswagen or the Thunderbird?