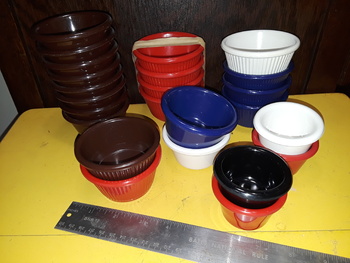 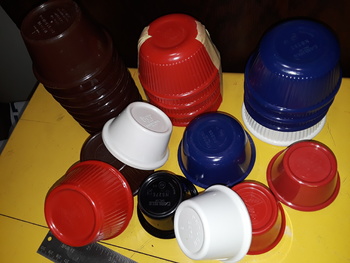 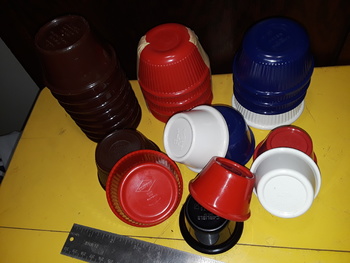 I'm not sure I realized I had so many of these until bringing home the newest stack (the red taped together ones) this afternoon from the ReStore. They're not too old, still commonly found being used in restaurants for little portions of dips/sauces/etc., and it turns out they come in a BUNCH of slightly different sizes and patterns as made by a seemingly likewise bunch of companies...?

Of heavy duty solid Melamine (tm) type plastic, I've picked them up over time in thrift stores and such (*not* from restaurant tables, though!) mostly because they were red, blue, or white -- or because there was more than one that matched. (or because I thought they matched one I already had, usually wrongly... <sigh>) In no particular order, makers include: Gessner, Clipper, Carlisle, G.E.T., and Prolon.