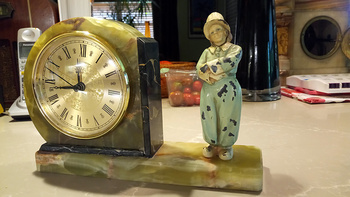 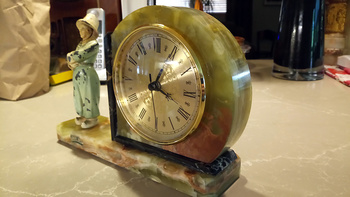 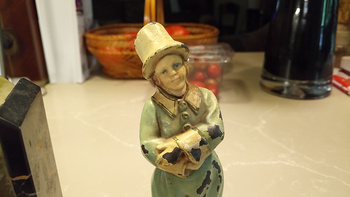 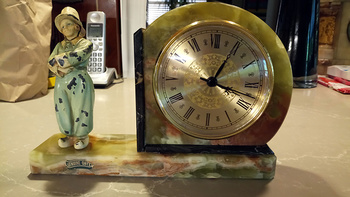 Originally this delightful little Dutch boy's clock would have had a Whitehall-Hammond movement in it. The poor little guy has had a hard go of it, and his face kind of reflects that. I have him reversed on the clock base ( second and last picture), because I find the multicolored onyx more appealing.. Evidently this clock took a tumble because there is a chunk missing from the center of the clock's arch over the 12. Currently it has a quartz insert movement in it, but I will find a Whitehall-Hammond Movement to replace it. The Label states "Genuine Onyx" and would have been on the back of the clock, I am going to leave is as is.

The clock reminds me of my mother when I was little, she would remark that I sounded like a little Dutch boy when I spoke, I never knew what that meant, so her remark was lost on me.