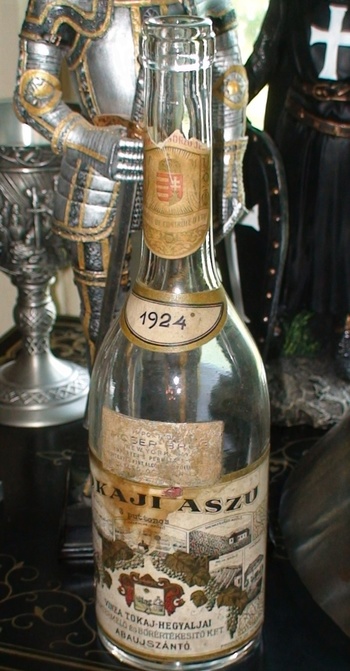 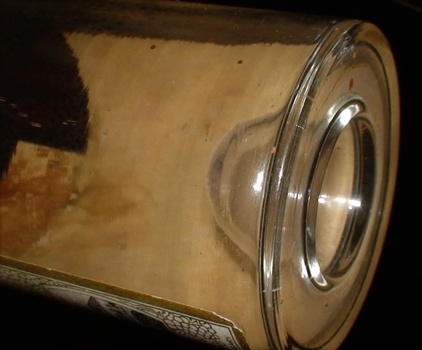 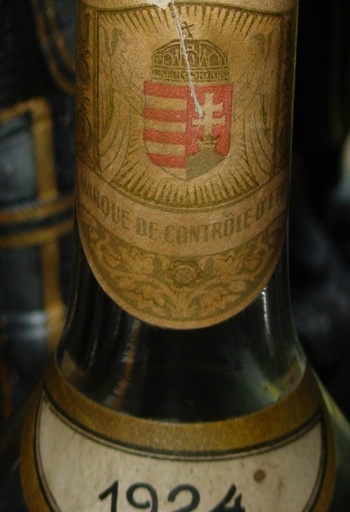 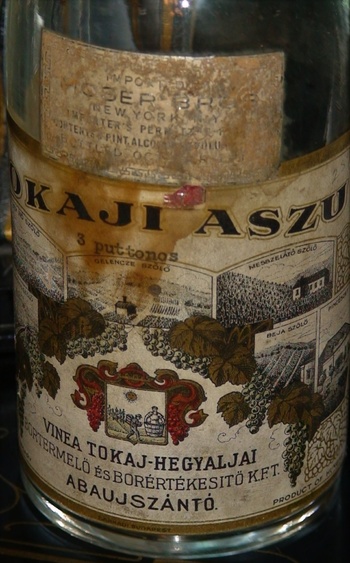 Tokaji (Hungarian: of Tokaj Hungarian pronunciation: [?tok?ji]) or Tokay is the name of the wines from the Tokaj wine region (also Tokaj-Hegyalja wine region or Tokaj-Hegyalja) in Hungary or the adjoining Tokaj wine region in Slovakia. This region is noted for its sweet wines[1] made from grapes affected by noble rot, a style of wine which has a long history in this region. The "nectar" coming from the grapes of Tokaj is also mentioned in the national anthem of Hungary.

In a Sherlock Holmes story, "His Last Bow" (1917), the German spy Von Bork tells a confederate that "Altamont" (Holmes in disguise) had taken, "a fancy to my Tokay". Later, Holmes offers Watson a glass, saying, "A remarkable wine, Watson. Our friend upon the sofa has assured me that it is from Franz Josef’s special cellar at the Schönbrunn Palace".

I did get this bottle from an avid "Sherlock Holmes" collector's estate, so it now makes sense that she had this bottle. 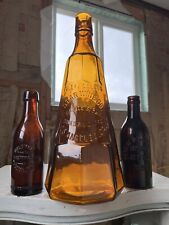