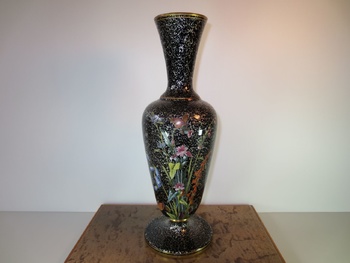 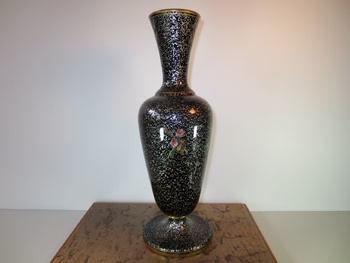 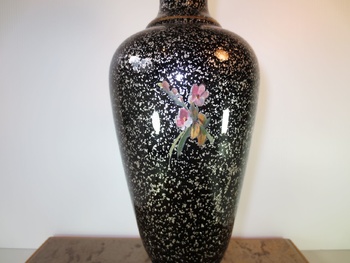 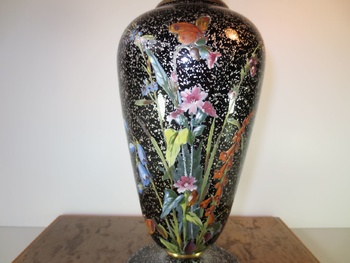 Saw this vase at the local Hospice Store and they had quite a few dollars on it. It looked as if someone had sprayed it with a clear lacquer and it had been left in the sun and the lacquer had gone yellow, it looked dull and lifeless. I kept looking at it over a period of a month or so and finally got up the courage to ask if they would discount it, not something you normally do at these places as it is a charity but no one else seemed to want it. I explained the finish and said I thought maybe I could bring it back to life but it was a risk and they agreed and discounted it by a third. So I took a chance as I wasn't sure how far I could go without damaging it. Any way long story short the good old Brasso was put into use and after hours of careful rubbing it came up beautifully. Turned out most of the yellowing was on the flatter surfaces so it might have been a century of nicotine or as her indoors suggested just cooking residue. Looks stunning now but was very hard to photograph, in the sun it's brilliant but even though I have some extra new lights for where I take pictures it just seems to suck in the light, I don't usually use the flash but had to include that as well! The silver is in the glass, vase stands 320mm high.