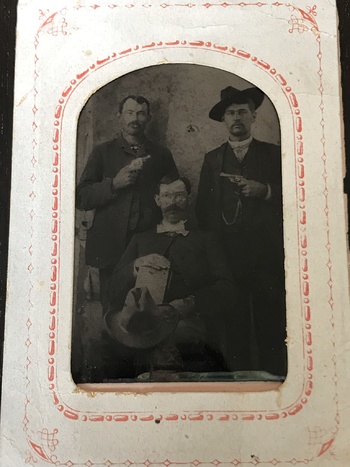 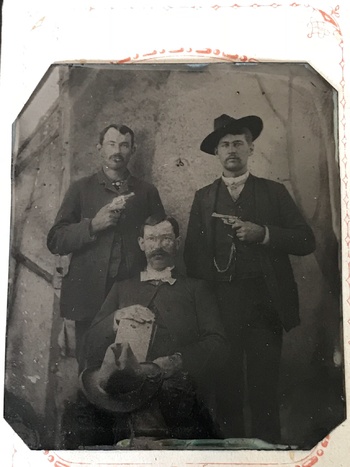 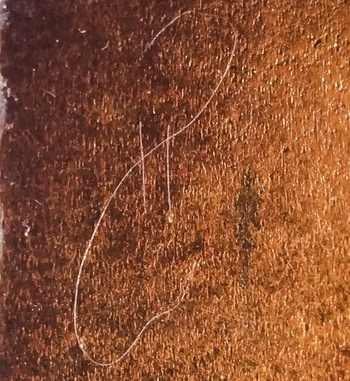 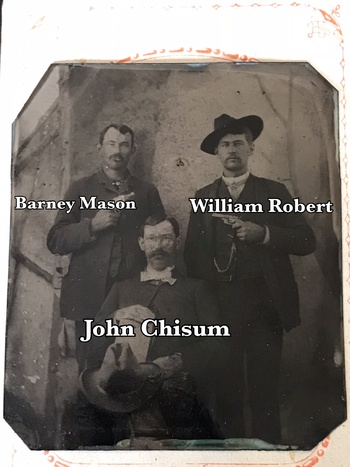 My father was an antique dealer and came onto this tintype in 1994 from a yard sale. Over the next 23 years he attempted to identify the three men in the photo. After his passing, I obtained the photo and have continued and potentially finished his work, identifying the three men.

I am looking for any help to prove or disprove my theory on who these men may be. My theory thus far:

Known as the Cattle King of the Pecos, John Chisum employed Billy the Kid during the Lincoln county war to fight off the many supporters of Chisum’s rival ranch, The House. The House emerged victorious, and Billy demanded his wages of $500 from Chisum. Chisum refused to pay Billy and in turn Billy began stealing cattle from Chisum.

Chisum’s appearance in the tintype: “Chisum, whose face was scarred from a bout of smallpox in 1877, began to have other health problems.” (source: https://www.historynet.com/chisum-cattle-king-pecos.htm)

John Chisum played an integral role in helping elect Pat Garrett (the man who would eventually gun down and kill Billy the Kid.

Mason joined Billy the Kid’s gang, The Rustlers sometime during 1879. On January 14, 1880 Mason and Garrett married their respect wives in a joint ceremony. (For reference; Abrams photo of Billy the Kid, Pat Garrett, Barney Mason, and Dave Rudabaugh is believed to have been taken that day). Soon after, Mason defected from the Rustlers and aided Sheriff Pat Garret, whom Chisum helped to elect, in hunting down Billy the Kid.

Robert married Sallie Chisum, niece to John Chisum, twelve days after the joint weddings of Mason and Garret, on January 26, 1880.

What brought these men together?

Chisum was a wealthy man, involved in local politics enough to help elect Sheriff Garrett and in turn, Barney Mason as deputy . It is possible that this photograph is taken in the days leading up to the wedding of Sallie Chisum and William Robert and Barney Mason was still in town in Anton Chico, New Mexico.

The approximate ages of the subjects in the photo compared to the ages of Chisum, Mason, and Robert all align visually. The three men have reason to be together in a photograph.