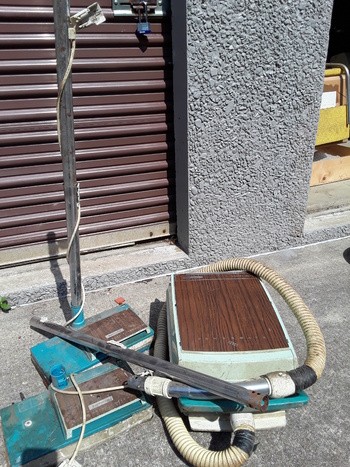 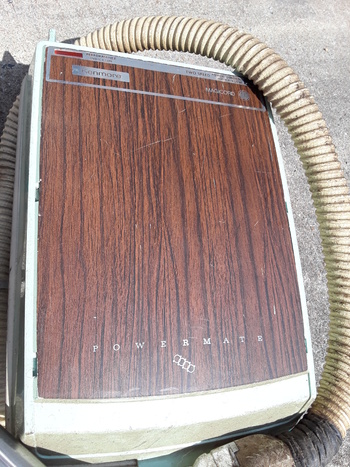 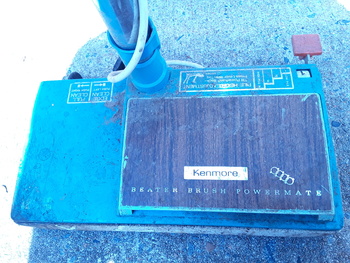 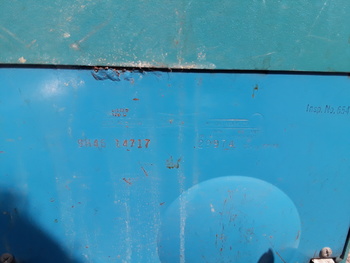 With MAGICORD and BEATER BRUSH POWERMATE. (x2) This is probably a late 1970's model, as it cleaned the house I grew up in until I sold Dad his (now *my*!) Tri-Star in the mid 1980's or so. I then took it with me for my college year and beyond because of experience gained that summer while doing in-home demonstrations of the Tri-Star -- these Kenmores were the only commonly found machines then that'd really put the Tri-Star to a challenge. (one which they ultimately always failed, but nowhere near as spectacularly as nearly every other vacuum brand)

I came across a 2nd powerhead of almost the same model somewhat later -- truth be told the powerhead itself is likely the key to the reason these Kenmores worked so well. The camera did something funny with the blue in its pic (#3) and pic 4, which shows the model/serial number on the bottom of the canister. As far as I know, all still operate correctly although they haven't been used for years now.