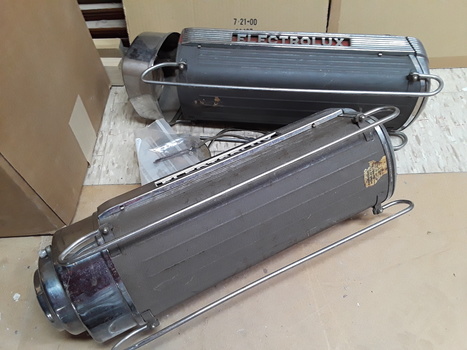 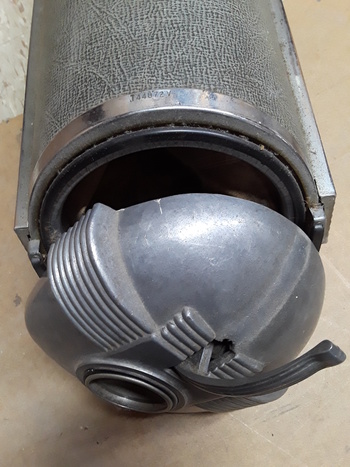 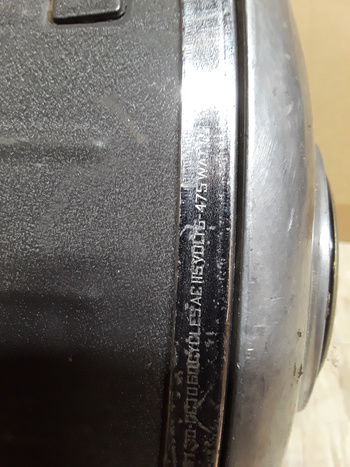 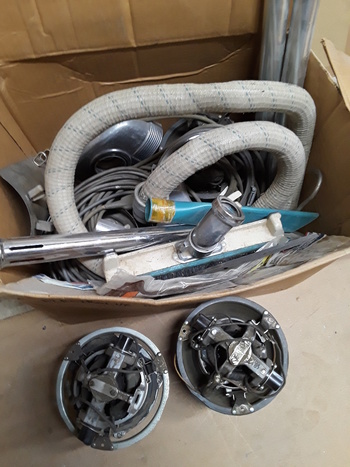 Pic 4 shows my 'SuckOLux Junk Box". ;-) :-) Within are three motors (one might be the presumably bad one that came out of it, I wouldn't have thrown that away...?) at least a couple power cords, a hose, several assorted orphaned case parts, and a bunch of branded accessories and miscellany. I'm pretty sure this isn't the extent of it, there should be another box somewhere else with another hose or two and more attachments.