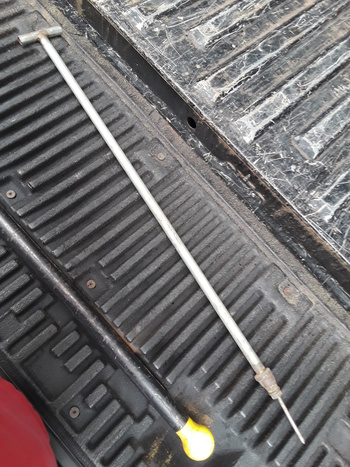 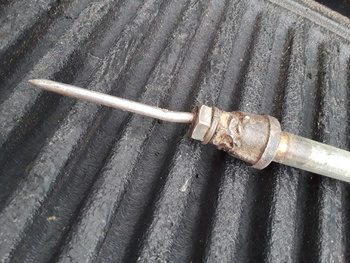 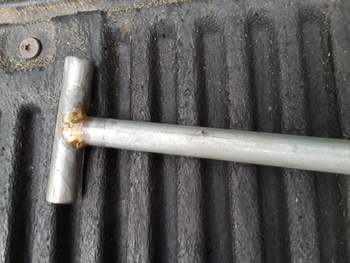 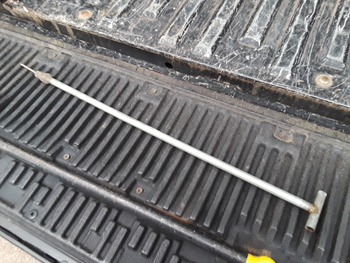 This tool is intended for use by a person collecting litter in a city park with a bucket. This much I know because I recovered it at a city park where the maintenance staff regularly were seen using them, this one 'got away' from somebody's truck or whatever, for me to find in the parking lot later. No doubt it could also be quite handy for a whole host of "poking holes in things" tasks, since I've had it (~40yrs?) it has mostly only collected dust instead.

It is a convenient 3' long and with little doubt is a "shop made" tool. A length of electrical conduit (probably) with a short t-handle piece brazed to one end, the other has a likewise brazed on welded assemblage of what looks like a pipe reducer nipple, a couple nuts, lockwasher, and large nail. It almost looks like it might be 'unscrewable' to change out the big nail if it'd happen to bend badly or break, but I haven't ever tried that.