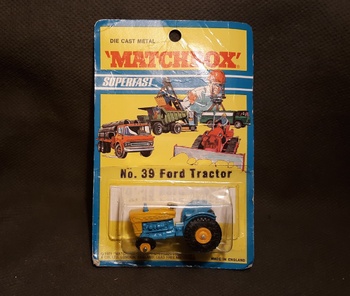 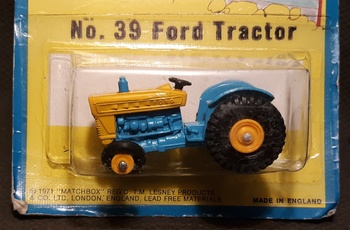 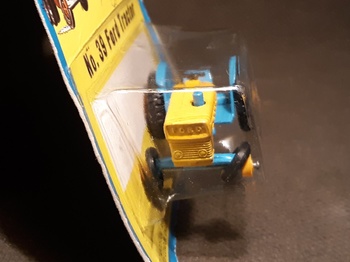 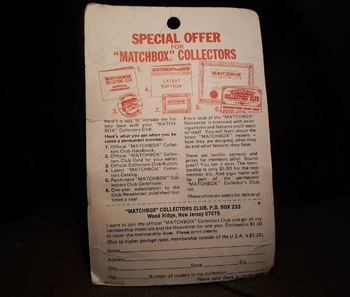 Yes it is a Superfast card but this tractor was never released as a Superfast model as were a few others not suitable. Still they all used the same basic card just the model number and name was different. Also note there is no box. I think this may have been the first year of the boxless Matchbox although they also still sold them in boxes. But not the card with a box.
The Ford Tractor was first sold in 1967 and sold as MB 39 through 1971. It was also sold in all blue as part of the K 20 tractor transporter set from 1967-1972. A year longer but the all blue tractors are a rare. Even more rare is an orange version sold only in 1972 as BM-2 which was a transporter with a winch.
Now one may note the tires are not quite on the hubs. This happens to most Matchbox models but on this card it will be impossible to fix without damaging the card or bubble.
Please note this is a find the hidden cat round.