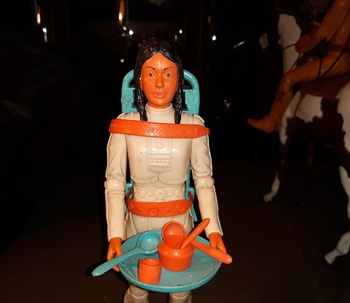 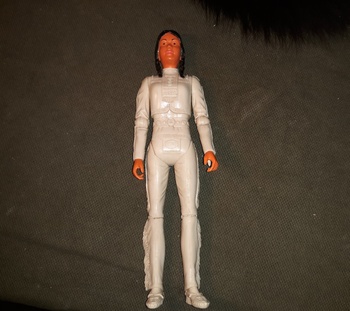 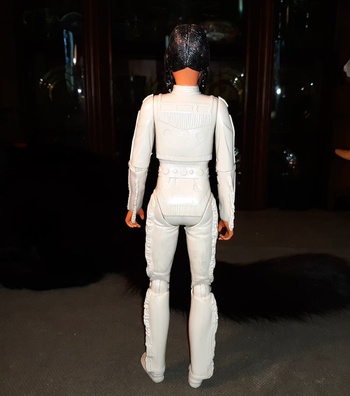 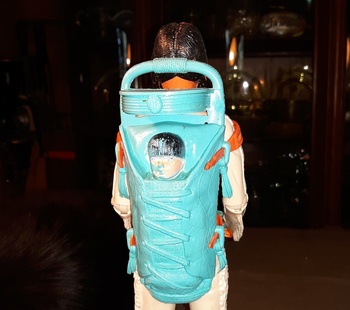 This was a flea market find as usual. Came with no accessories but I had some extras to outfit her. Princess Wildflower was first sold in 1974 as part of the Best of the West series which was the way Johnny West was marketed in 1974 only. There is a date stamp of 1974 on the back in Roman numerals which I think is MCMXXIV.
Currently I am up to three Wildflowers so I have a proper village of sorts now.. And yes the hidden one is there somewhere.