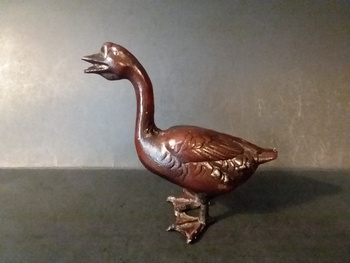 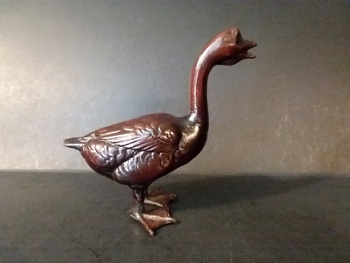 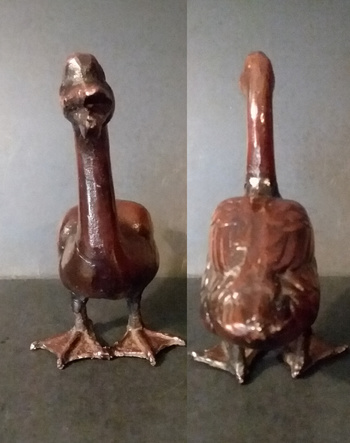 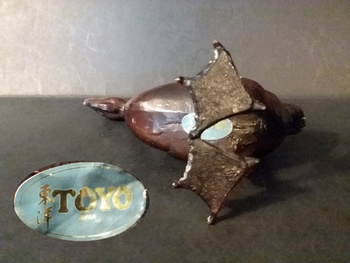 This faux bronze cast iron Japanese okimono of a Chinese goose is 6.75" long x 6.75" high x 3.75" wide and weighs 1 lb 15 ounces. It has a Toyo Japan label on it. Toyo was an exporter of many different types of articles from Japan. I have no idea which Japanese foundry made this goose and it is not marked so I probably never will.

I have been looking for something like this for a while, but they get spendy and I finally found this one "Sold As Is" for a modest price. They seller also has iffy feedback for slow shipping. That probably kept the price low and most bidders away. From the images, however, it appeared to be in good shape so I took a chance and it is in really nice shape.

I am pretty sure that this is a representation of a Chinese goose. These are often advertised as "ducks" but I could not find an Asian breed of duck with the prominent head bump this has.

As noted by jscott0363 in some of his posts the Japanese often did faux bronze cast iron okimono and I now have several examples of this.