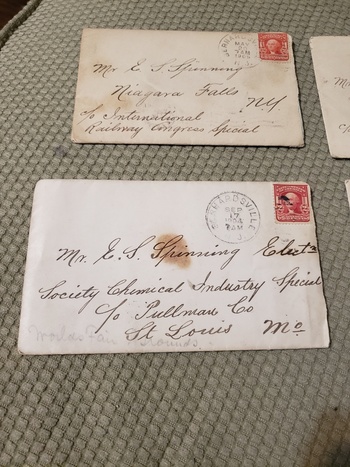 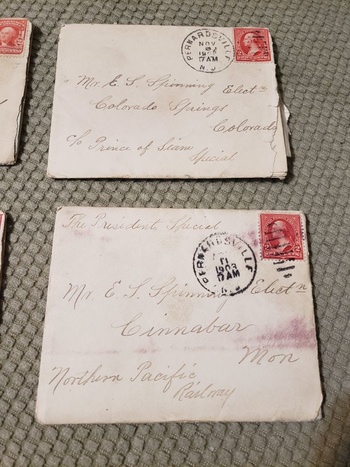 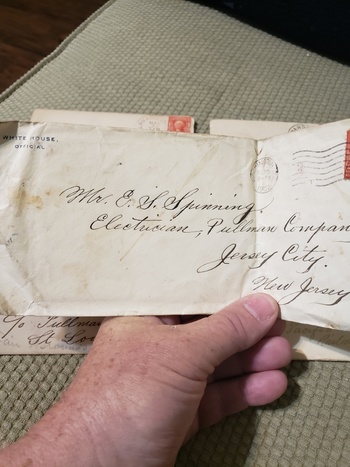 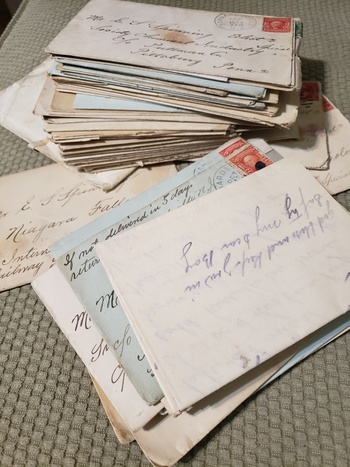 Edwin S. Spinning (1875-1970) was an engineer for the Pullman Company who traveled as a representative of the company with President Theodore Roosevelt on a transcontinental train trip in 1903. Spinning also made trips with other international and national dignitaries. Many of these letters are between Spinning and his mother, spanning his time on the trips as well as his time at home in Bernardsville. Spinning was important to Bernardsville as a local historian and preservationist, and to this day is the namesake for the Edwin S. Spinning Local History Room in the Bernardsville Public Library.