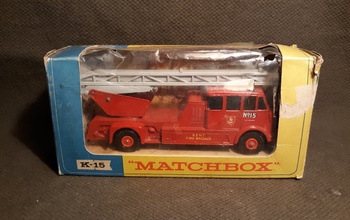 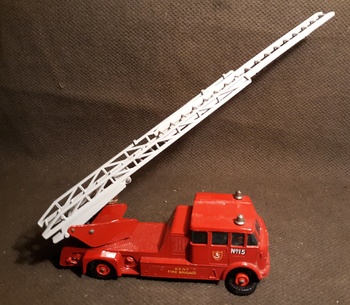 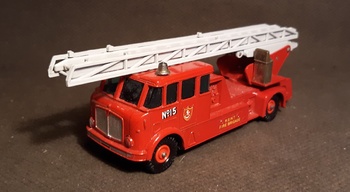 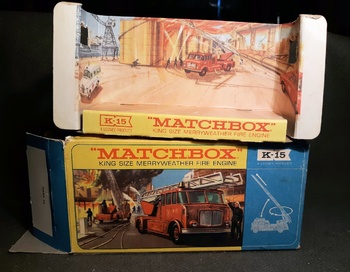 Another from the Kent Fire Brigade. Matchbox was found of them along with Merryweather vehicles. This one is a ladder truck but a solid chassis version as opposed to the larger articulated ones. The Kent Fire Brigade still uses a vehicle similar to this model.
I posted this model in a different box in the long ago. This box is shorter and has different artwork. I would guess this box came later as they found they could save a half pence perhaps even a whole pence. They made many of these so that can add up. But the again I don't really know. But it is interesting that they made two different window boxes with interior artwork. This model was made from 1964 through 1972. The window boxes with interior artwork were made from 1966-1968 so that puts this model in that time frame.
I'll post the other model in a link below.