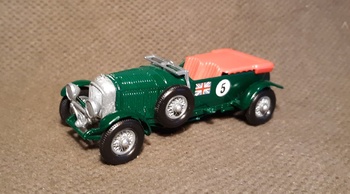 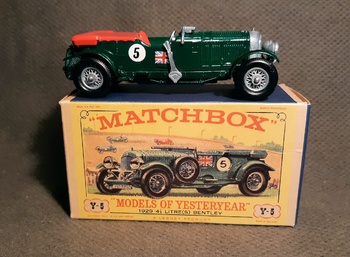 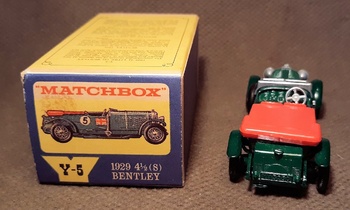 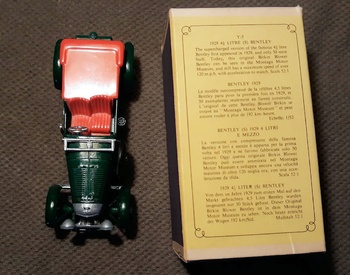 Bentley used to be known for racing cars before being acquired by Rolls Royce. This is one of the most notable cars the 4 1/2 Litre Bentley. . It had a 4 cylinder engine that could reach 120 MPH which wasn't bad for 1929. The Bentley won the 24 hours of Le Mans five times from 1924-1930.
This is the second version of this Matchbox model. The first was made from 1956-1961. It was much smaller and less detailed. This model was made from 1962 through 1968. The box is a late E style box which was most likely in 1967. After that window boxes were used. So I am going with 1967 for this particular model.
The color on this is Racing Green. It6 has the flag and racing number decals along with a detailed dash and other details. I think this was about the end for the outside the cab hand controls.