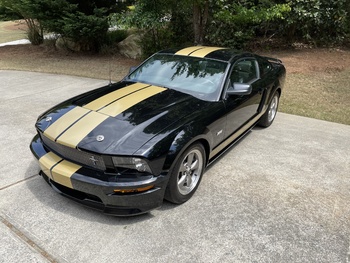 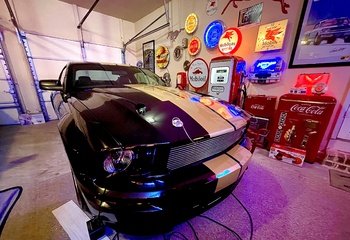 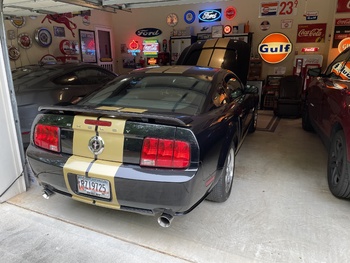 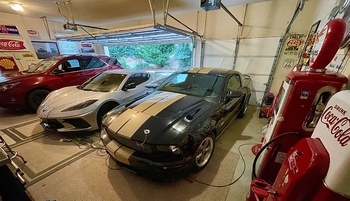 This is the 40th anniversary of the Hertz rent a racer from back in 1966. Ford convinced Carroll Shelby to come back to Ford and create along with the Hertz Co. the 2006 Shelby GT-H. These cars started out as mustangs GT’s. Then they were shipped to Shelby Headquarters and hand assembled into Shelby ‘s. Lots of performance modifications were done. They made 500 of these cars to rent at certain Hertz airport locations. After renting these for 8 months Hertz sold the cars at a closed auction to Ford dealerships. The Ford dealerships sold them to collectors. This particular one has only 8900 miles on her. It spent the last 15 years in the San Francisco area where the first owner only put 400 miles on the speedometer. She is in mint condition and is now in a new home in Atlanta Ga area. It’s a V/8 with 325 hp and 5 speed automatic. Not a scratch or nick anywhere. Soon to be a classic as the first Shelby made since Shelby left Ford in 1969.

Remember the movie Ford VS Ferrari when Mr Shelby was responsible for beating Ferrari at Le Mans back in 1966. What a accomplishment for Ford and Carroll Shelby. Sadly Mr Shelby passed away in 2012.