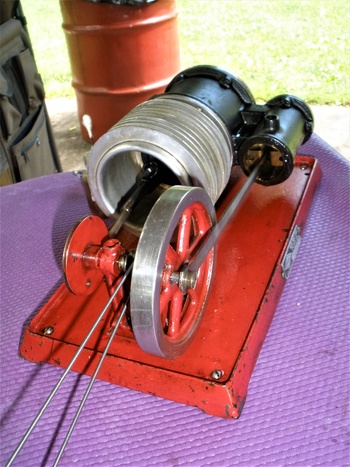 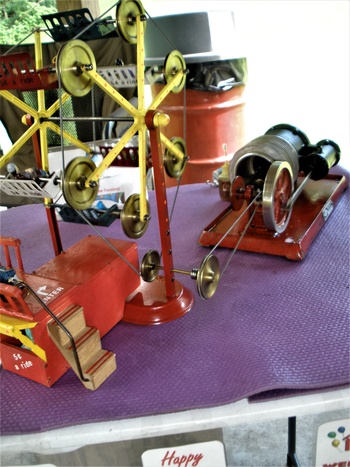 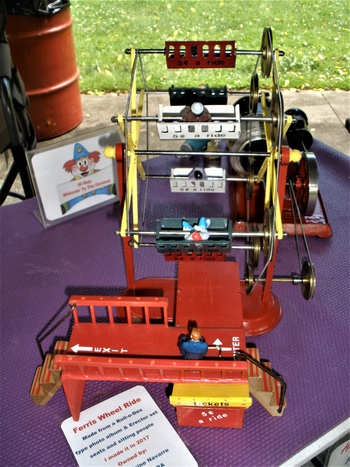 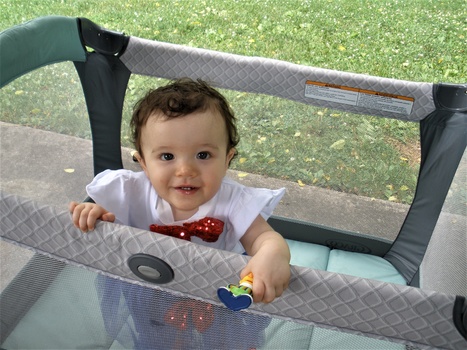 My granddaughter had a birthday party at a local community park for my great granddaughter Maddie, on her first birthday. The theme that my granddaughter chose was a carnival theme, with her and her husband dressed as clowns, along with balloons, and cotton candy.
I set up a display with miniature carnival rides and run them with hot air engines.
The engine that I'm featuring here is an model B38 Empire Hot Air Engine from 1920. The Empire company only made two types of hot air engines. The products that they marketed were toy steam engines.
They needed a tiered turntable to rotate their display of steam engines in the toy store window front, they came up with a model B40 hot air engine to run their display.
There were so many customers that wanted a hot air engine like the B40 to add to their collection, that Empire marketed one and named it the model B38. Today it is highly desired by Empire collectors.
The engine is about 6" high and fits on a cast iron base 6" x 12".
I have it running a Ferris Wheel display that I made from an early photograph "Roll-a-Dex".
The last photo is our beautiful little Maddie.