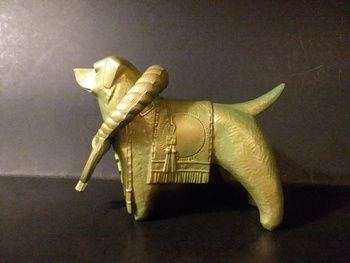 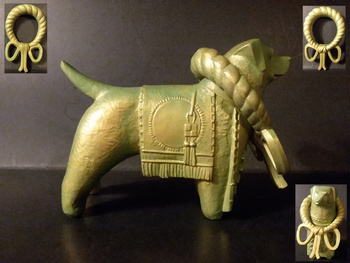 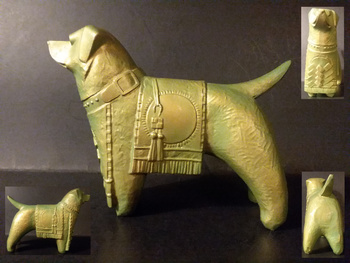 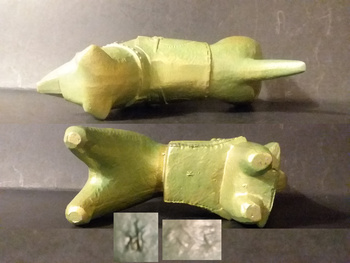 This Tosa fighting dog okimono is 7" long x 5.5" high x 2.5" wide. The dog is hollow and has something inside that rattles when it is shaken, it weighs 1 lb 5 ounces. The garland is solid and weighs 8 ounces. I am not sure what the metal is. It is not magnetic. My guess would be aluminum bronze, but that is just a guess. There are two sets of marks on the bottom, but they are indistinct.

This may be a souvenir of the dog fights. Again, just a guess. I think the garland and costume (kesho-mawashi) are the accoutrements of a champion or grand champion dog. I don't know if they identify a specific dog or are generic. Maker unknown.

Tosa fighting dog matches are different than Western dog fighting. The goal is for one dog to dominate the other dog. Little, or no, blood is shed and matches are stopped if one of the dogs is injured. It has a lot in common with Sumo wrestling and is often compared to that sport. Sumo wrestlers wear an apron similar to the one this dog is wearing.

I had purchased a Saegusa Sotaro okimono from a seller in Japan and asked them about combining shipping for this dog but did not follow up on it. I think the seller thought that I was playing hardball on the price for this okimono but I had just decided to not buy it since it was more that I was interested in paying. The seller cut the price several times until it reached $7.50 so I decided to go ahead and buy it. The Saegusa item had supposedly already shipped, but apparently the seller was sitting on it until I bought something else and both pieces arrived in the same box.... Calling it "Mystery Unsolved" since the maker is unidentified. 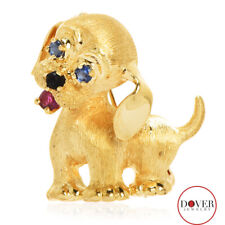 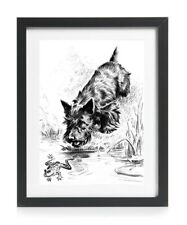 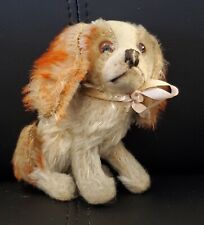 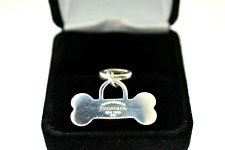