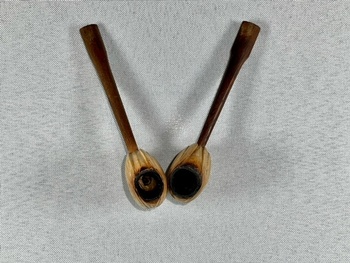 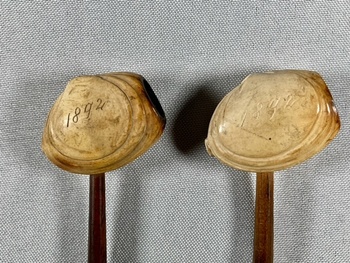 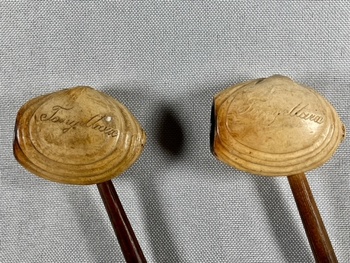 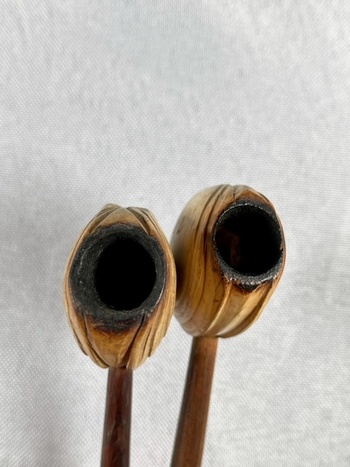 I am trying to find some information about these pipes. Any help would be appreciated. What is this style of pipes called? There is the same name carved in both pipes and the same year. Trying to figure out if it is the owner or manufacturer. Seems like an inexpensive pipe to be carving your name into. These pipes have been in my family a long time (they may have been bought by a family member but I don't remember any stories about pipe smokers - only cigarette and cigars). The family was originally from Brooklyn, N.Y. and lived there from the 1870's until the 1950's. My grandfather did own the oldest pharmacy in Brooklyn at one point, so it may have been a cheap, disposable pipe sold in drug stores and newspaper stands. I know in London when tobacco was first introduced in the 16th century you smoked it in small disposable clay pipes (to this day, when the Thames is at low tide, you can find hundreds of them in the silt).