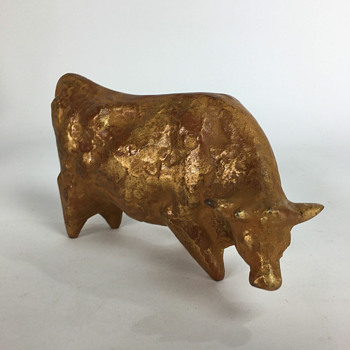 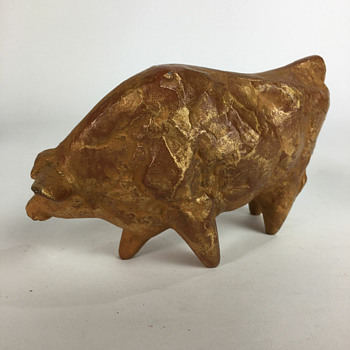 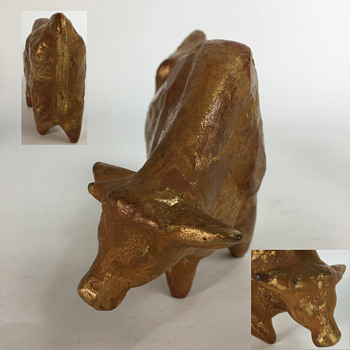 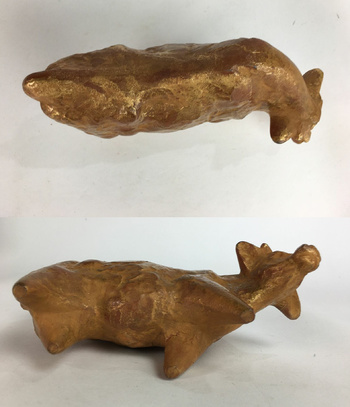 It was found at an antiques auction in Tajimi in Gifu, Japan. I think that there may be some gold gilt applied to the finish. This is one of a pair, from an auction seller in Japan. The pair was probably made to commemorate the Zodiac year of the Cow. This is the larger of the pair so probably the bull. I did a separate post for each cow since they are fairly complex. Age and maker unknown.

Update: I finally found a set of these by Saegusa Sotaro in a signed wooden tomobako with some documentation. I think both sets are masterworks by this artist since they are identical. Neither set is signed. Apparently my set lost their tomobako. I suspected that, due to the quality of this pair and lack of signatures, they were masterworks by a Japanese metal artist, but just not sure by whom. 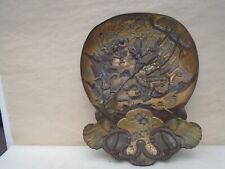 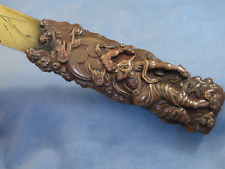