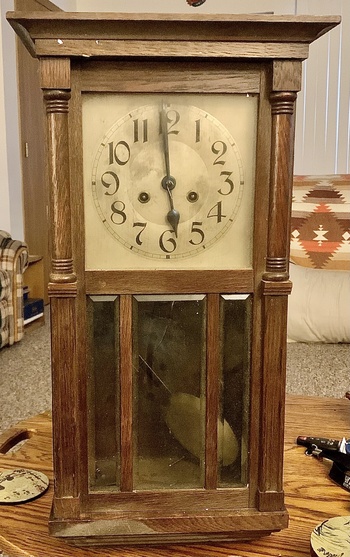 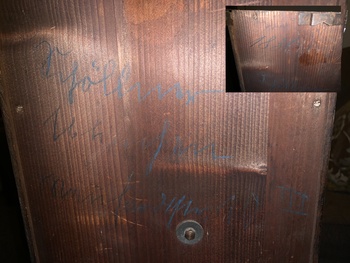 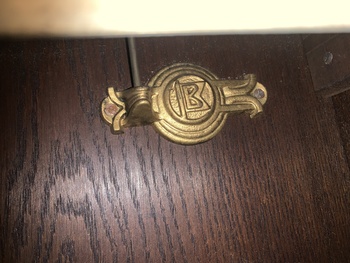 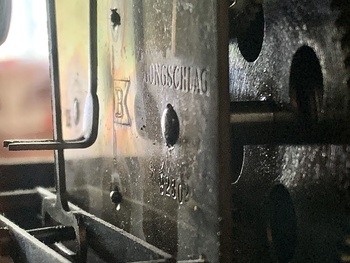 Bought a couple storage units in an auction. This clock was wrapped up in a towel. This German Wall clock appears to have writing on the back stating a date of 1831, which Kraft Behren wasn’t founded until 1891. With Kienzle starting in 1822 which makes the date written seem relevant. Unless it was repaired with later parts throughout its life. There is also what appears to be a name of someone inscribed on the back. I can’t make it out but it appears to be someone the third of there name. I haven’t looked at the back of the movement yet but everything looks to be great condition on the inside. I haven’t even tried putting the pendulum on. Have the key and everything, will update if it works! Any information on this clock would be very helpful.

Update 7/31: couldn’t remove the back (don’t wanna mess anything up). I found the movement to have the Kraft Behren flag on back of it, also Gongschlag on back with a numbered 42/105 and a number 92302.