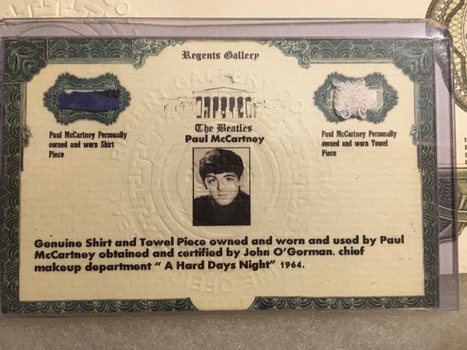 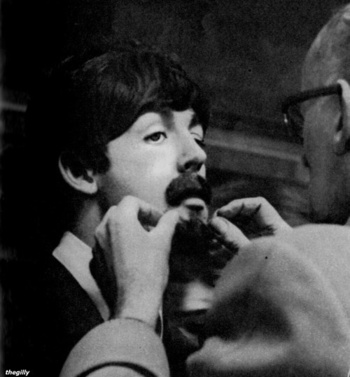 Here is a piece of a blue shirt & towel that was worn and used by Paul McCartney on the set of The Beatles first film, "A Hard Day's Night". These items come from the collection of John O' Gorman. He was the head of the make-up department on the set. He's pictured with McCartney during filming of the opening sequence. Filming began on March 2, 1964...and wrapped up on April 24, 1964. The movie was released in the US on August 11, 1964...and became an immediate hit with fans and critics alike...and set box office records! It's considered by many to be the best rock'n'roll movie ever made!