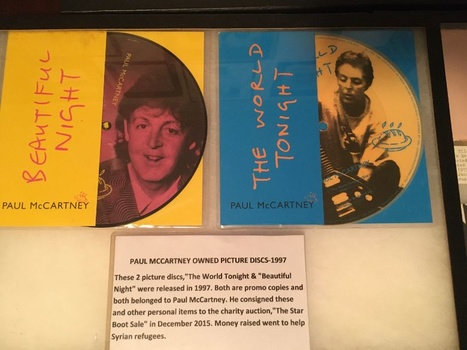 These 2 pictures discs..."The World Tonight" and "Beautiful Night" belonged to Paul McCartney. They were part of his personal record collection. These were released in 1997 along with his hit album, "Flaming Pie". McCartney consigned these records...and other personal items to the "Star Boot Sale" charity auction in December 2015. Money raised went to the "International Rescue Committee" to help Syrian refugees. Purchased from TRACKS.