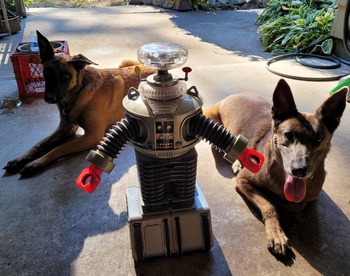 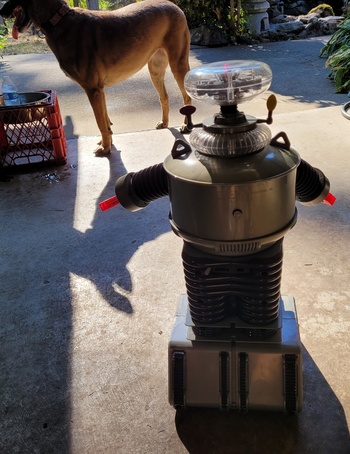 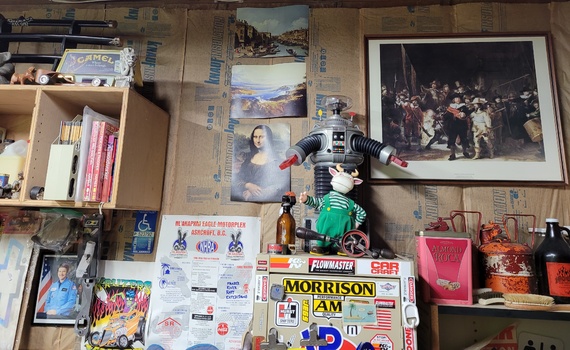 My sister was cleaning out some stuff and have me this robot. It's 2 feet tall. They had lost the remote years ago and of course they had left the batteries in it.

Now it's part of my garage art next to Rembrandt and The Mona Lisa! Won't be long till my garage starts looking like one of vinyl 33's rooms!

Often confused with Robby the Robot, this is Robot Model B-9. He also appeared on Lost in Space along side of Robby.