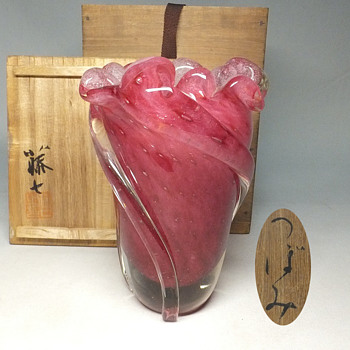 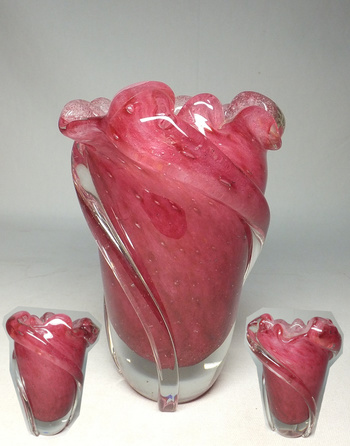 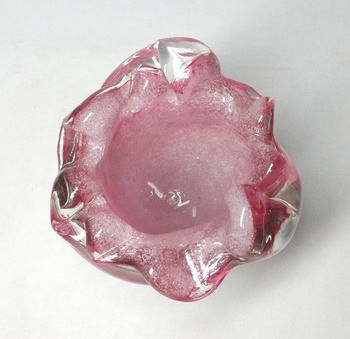 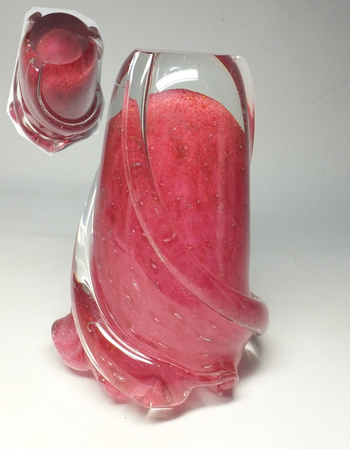 This vase by Iwata Toshichi is 8" high x a bit over 6" widest diameter and weighs 3 lbs 4 ounces. The original, signed tomobako has survived but the signed ukon-fu (turmeric cloth), the tomonuno, has not. This one is a bit unusual as it is signed on the back of the lid and the name of the piece, Tsubomi, "bud" or "flower bud", is on the outside of the lid. I do not have a good feeling for when this was made. Maybe Karen can hazard a guess. A factory version of this vase was made later.

There is a bit of controlled bubble, applied ribs and it is thickly walled. There is some minor chipping on the base, possibly done during the making of the vase as there does not appear to be any wear to the bottom.

I was pretty proud of my August restraint, as I had not made any purchases this month, but came across this guy a couple of hours before the auction ended. I was on my way to go hiking, so sent the seller a couple of questions about the condition but their shop was not open before the auction ended with no bidders, at a very reasonable price for a piece like this. The seller eventually responded and we worked out a deal.

I wonder if Japanese art glass will ever be popular in Japan?