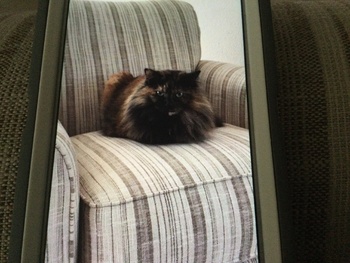 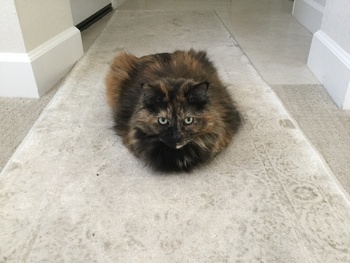 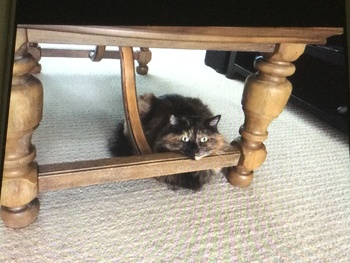 I’m a little late but Mocha wanted to say Hi to Uno and WODA, in honor of National Cat Day!
Mocha weighed less than 12 ounces when she walked up to my Son on the street late at night. ( She now weighs a whooping 18 pounds!) He was visiting friends, and standing around talking in the driveway when this ball of fur came up to him. He put her in his pocket, walked to 711, and bought a can of tuna fish. She was starving, dehydrated, and filthy. The rest is history. I have been told she is a Norwegian Forest cat by her Vet, but to us she is just a ball of fur full of love! Her name, Mocha, because her fur is the color of coffee, if we get a white cat, gonna name him/ her “Latte”…Ha!