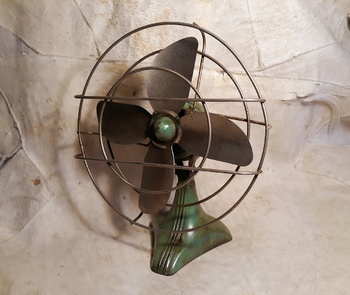 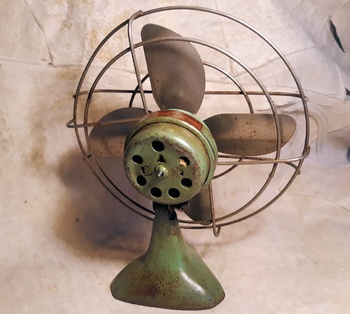 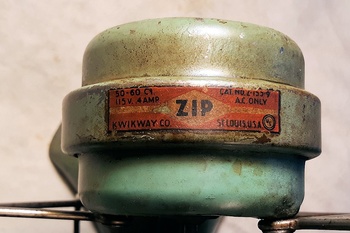 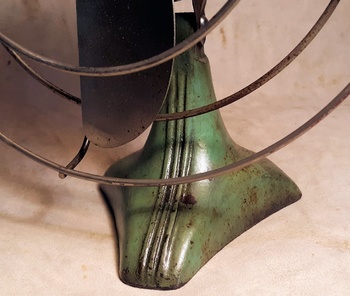 Haven't bought a fan in a while but I have a couple of their unique fold up fans so I thought I would add to my collection. This one is a traditional stand up fan. Like the fold up fans this one is an 8" fan. OK after checking my other fans I think it is Kwik Way rather than Kwikway but then perhaps not.
An interesting note is that these fans all say for AC only. Not many households had DC as their power supply after 1930. I believe that is about when New York City switched to AC. That would be a sign that this fan is from the 1930s. But most seem to think this is from the 1950s so I am thinking maybe. The base on this is cast iron which was only on the most expensive fans in the 1950s. The base on this is a 1930s style. The motor housing on this fan is the pan style which is also older.
But Kwik Way did not make their own equipment. They had other manufacturers such as Knapp-Monarch. I am going with late 1940s and this was made from leftover parts. This is just a theory by me.
Anyway I like the green color on this. Note it has no cord so it is just a decorator piece. I think it will decorate the kitchen.