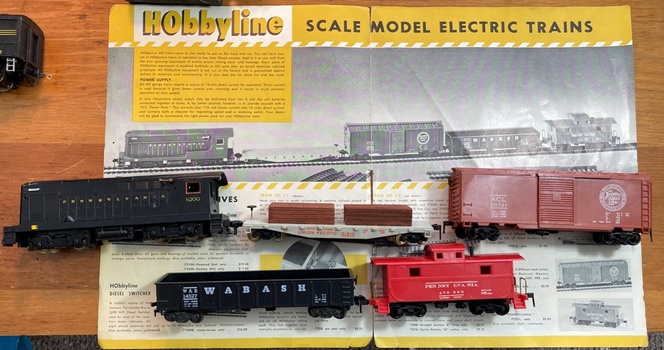 Set #1 is an FM H12-44 locomotive with one each of the three different cars they made in 1953. Seen in both the original magazine ad and centerfold of the 1953 catalog are the freight cars flat-car Union Pacific, gondola Wabash, box-car Atlantic-Coast-Line, and the PRR caboose. Photos show loco and cars from my collection that match those in the catalog photo.
Being this is info on HObbylines very first set #1, after this a second 1953 set is released making just 2 sets for 1953, 1954 will see 10 sets released, 1955 their will be 11 set released, and 2 special sets, both B&O, a passenger set, and a freight set made for the Lloyd's Hobbyshop of Baltimore. So 1955 set production would be 13 sets. In 1956 only 5 set are released. In 1957, the final year, just 2 sets. Total production of trains sets by HObbyline is 32 different sets. 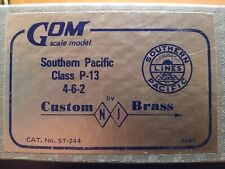 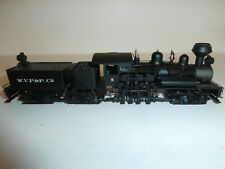