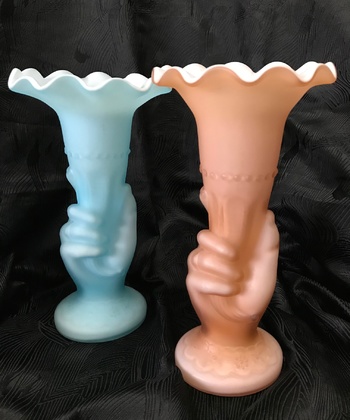 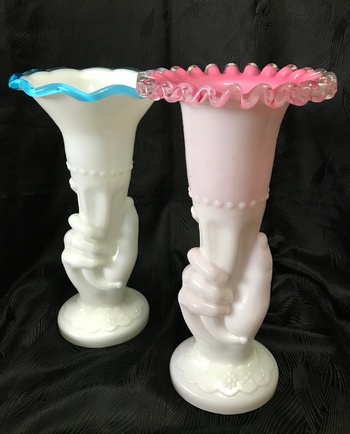 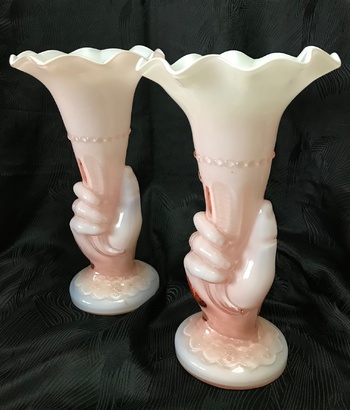 These vases have been packed away for three years & deserve some publicity after all that time spent in bubble wrap.
Photo 1 - Two overlay hand vases with a satin finish. The Blue Overlay I believe dates from the 1940s & the satin finish is probably quite rare. I've tried & failed to find out anything about the Peach Overlay, but I guess it most likely dates from a similar time. It is a strong orange/apricot/peach shade, definitely not pink.
Photo 2 - Two examples of crested hand vases. The Blue Crest (or is it Aqua Crest) could date from the 1940s or 1950s. The Peach Crest is from the early 1950s. The design was also made in the 1940s but the rim crimp was different, looser & wavy, not a tight frill like this example.
Photo 3 - A pair of Rose Overlay hand vases that date from the 1940s. Rare to find one, let alone a pair. I was pretty nervous about this parcel containing two huge vases with very wide top rims. The box they arrived in was absolutely huge, & thankfully, they were all good.