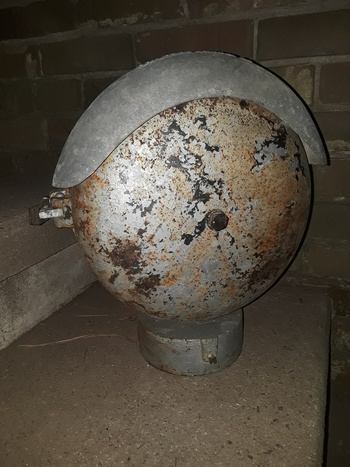 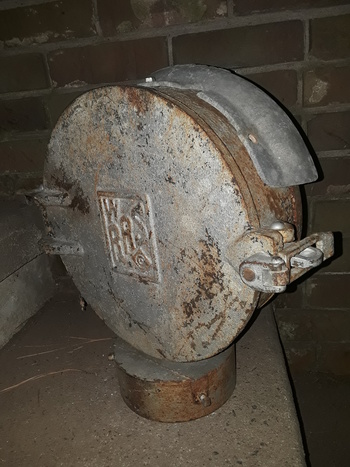 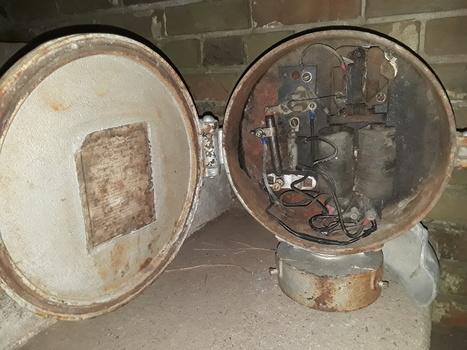 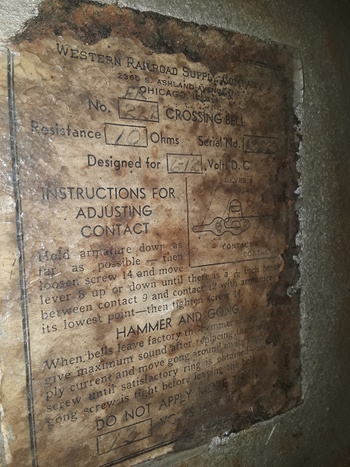 I dug this out for the pics while otherwise in the basement earlier. YIKES but I almost forgot how heavy the thing is, it like most of my WRRS crossing equipment is the 'older generation' of such, made of typical railroad too-heavy cast iron. <groan>

Another authentic product of WESTERN RAILROAD SUPPLY COMPANY of Chicago, this is a model 222 crossing bell. It once lived atop a pole at a railroad grade crossing and with luck will be reinstalled on another in my backyard instead, one of these days before two awful long...? ;-) :-)

Pic 3 shows it with the rear door (carrying the WRRSCO trademark) open so its guts can be seen. It's fascinating to watch it operate -- essentially the little cast metal parts in the upper RH corner all move together but mostly up and down, towards the two black colored cylindrical thingies at the lower RH side -- those parts are big electromagnet coils controlled by most of the rest of the stuff in there to all make it "go". Like most RxR equipment, it is rated to run on 10VDC. Pic 4 shows its info label on the inside of the door.

I actually own a 2nd one of these too, but a few of its key internal mechanisms have been badly damaged so it serves as a 'parts unit', I want to say the whole reason I even have it is for one particular little bit of it already donated to make the bell shown here actually work again...? ;-) :-)