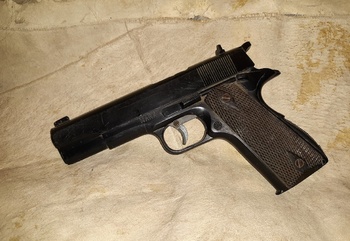 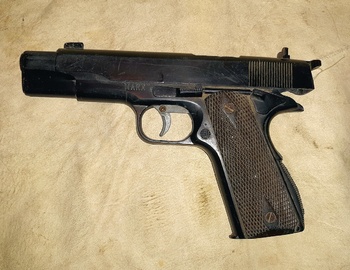 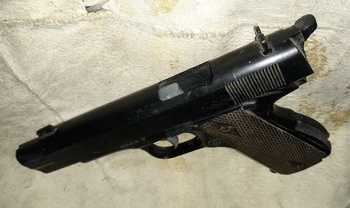 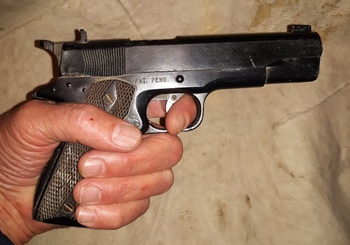 Well not an exact copy as it is slightly smaller than the Colt 1911A1 .45ACP. It is more like a .380 but it sure looks like the real thing. And it feels like it aside from the weight. Although any fool could tell it isn't the real deal because this is a double action cap pistol.
The slide on this racks back and that is where the roll of caps is inserted. No the caps load in from the top which ruins the illusion a bit. Actually I can't figure out how it feeds. May just be a single shot double action. OK I have no clue but I think this is the most realistic cap pistol from this era I have seen. By that era I mean 1960s when toys were dangerous.