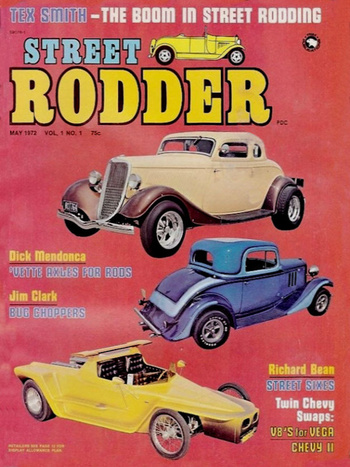 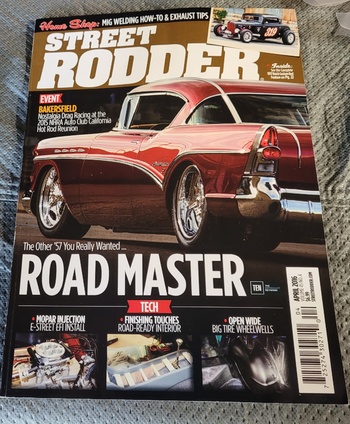 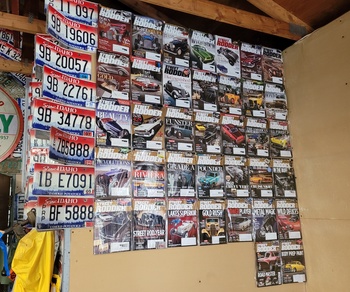 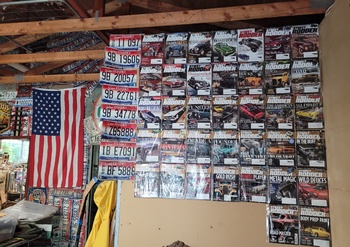 I recently decided to use my Street Rodder Magazine collection for some garage art. I used comic book sleeves and double back tape. The magazines are preserved and stored.

My collection spans from April 2016 to February 2020. Interestingly they stopped making the magazine in December 2019, but still released 2 more issues.

It's a modern collection that has now been lost like so many other iconic magazines. I plan to finish the wall with other Classics, like Hot Rod magazine or Super Chevy magazine.

HISTORY
"Street Rodder magazine was first published in May, 1972 and survived to December 2019 in printed form. It was started and owned by Tom McMullen, with Jim Clark as the first editor and Richard Bean as the first technical editor. The great LeRoi "Tex" Smith was a contributing editor and an influential figure in its creation. Street Rodder had its initial headquarters at 731 Melrose Avenue, Placentia, CA.

This magazine was one of several new magazines launched after the first closure of Rod & Custom magazine in 1971. Others titles riding the growing street rod wave were Street Rod and Rod Action.

By the early 1990s, the top three titles featuring pre-1948 street rods were American Rodder, the resurrected Rod & Custom and Street Rodder. Other competitor titles included Rodders Digest and Hot Rod Mechanix. Yet all these titles combined represented only 4% of total magazine print volume. Clearly the interest in pre-1948 vehicles was declining and was replaced by the strongest market segment -- titles related to classic American production vehicles from the 1950s and 1960s including muscle cars."