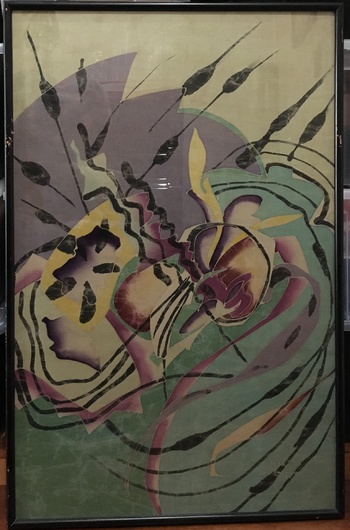 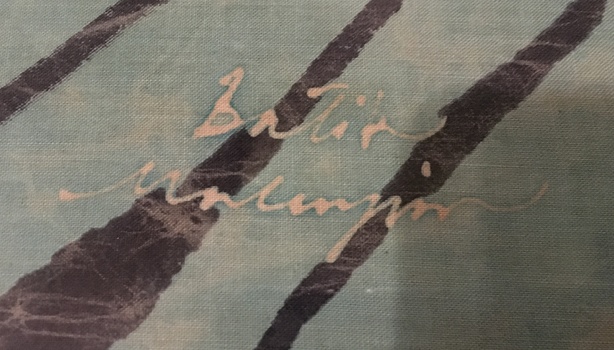 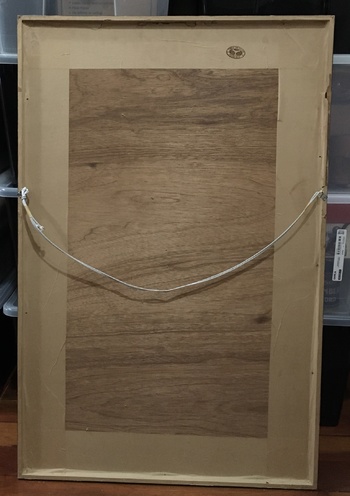 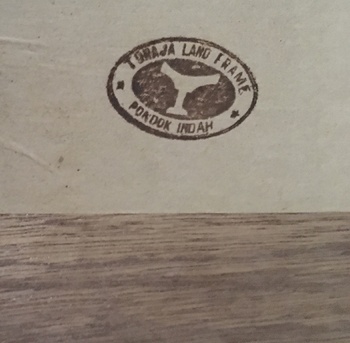 Batik painting. I am seeking any information to help identify the artist. I have included a closeup of the signature. There is a stamp on the back that reads “Toraja land frame” “Pondok indah”
While the frame was made in South Sulawesi and the stamp depicts a traditional Tongkonan, the art itself does not resemble any local art from that region. Research has led to Dutch art schools in the neighborhood in the early 20th century, and mention of a “batikmania” sweeping artist of Europe during the same time.
So, while the imagery And colors remind me of Kandinsky and other European expressionism, The frame was made in the birthplace of Batik the technique used.
Hypothesis: An early work produced at the Dutch art school in south Jakarta in the early 1900’s
Also, signing Batik above the name suggests a focus On the technique and I have not found that on any other art pieces.
Please help me identify the signature(or even some of the letters) 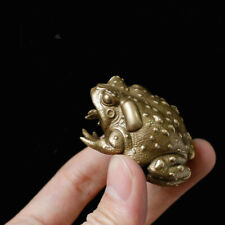 Antique Bronze Sculpture of Solid B...
$14 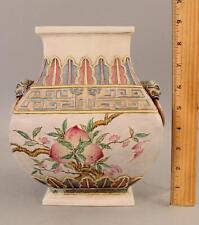 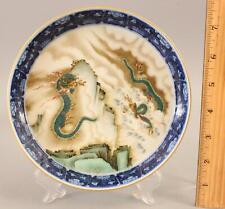 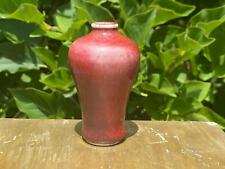 Antique Bronze Sculpture of Solid B...
$14
See all