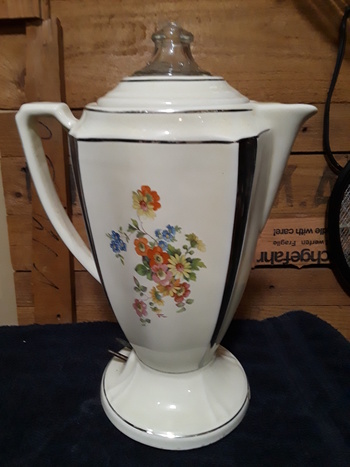 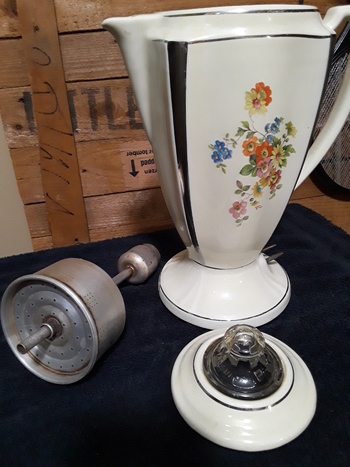 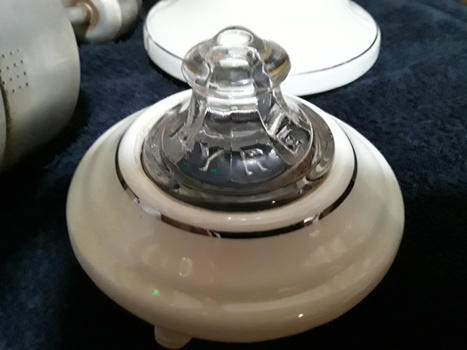 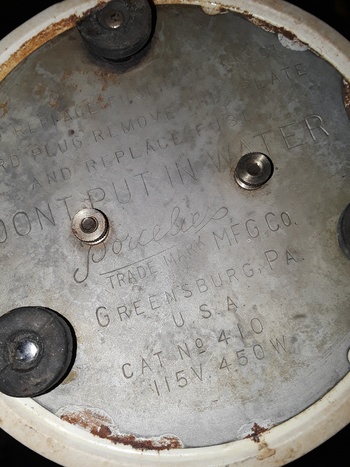 Here's an unusual one -- I've seen (and have) plenty of percolators and coffee machines, but nothing that's actually made of ceramic china like this is??! Stampings on the bottom (pic 4) reveal it made by PORCELIER (tm) Mfg. Co. of Greensburg PA, their Cat. No. 410. The clear glass part of its lid is branded PYREX (pic 3) and MADE IN U.S.A. The heating element fixed inside its bottom is branded CHAMPION.

It is indeed made of white china porcelain, with a flower design and silver accents on its exterior. Overall it stands a little over a foot tall. I do not know if it works as its power cord wasn't with it, so I'll have to find another (they're still rather common) to test it out, when and if I ever bother to do so. ;-) I don't know an actual age for it, but late 1940's-50's would seem reasonable??

Just imagine how proud somebody's grandmother probably was, to be able to make and serve her friends a hot cup of coffee using THIS thing??! <lolol>